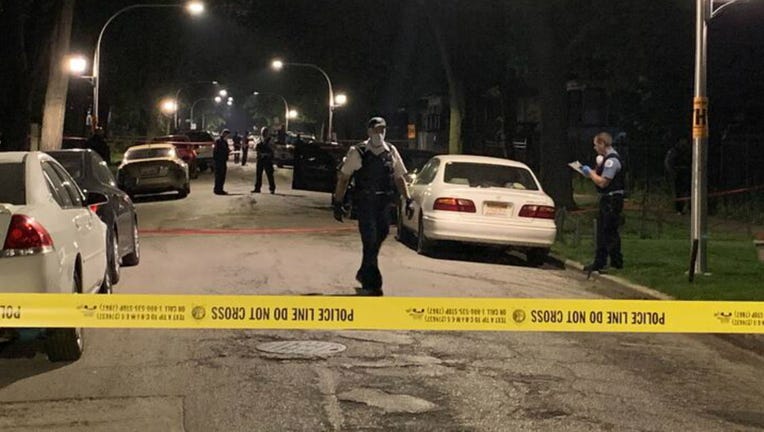 Chicago police investigate a shooting May 22, 2020, in the 100 block of North Lorel Avenue. (Sam Kelly/Sun-Times)

CHICAGO - A surge of gun violence over the past two weekends in Chicago is continuing with more than 20 people shot in a 12-hour period.

The spate of shootings has left the city with more homicides than either of the last two years during the same period and puts the city on a similar pace as in 2016 and 2017 — two of the most violent years in Chicago since the 1990s.

The gun violence surged over the long Memorial Day weekend, when nine people were killed and another 27 wounded in shootings.

The gun violence climbed more dramatically last weekend when Chicago, like many cities across the country, erupted in violence in the wake of the death of George Floyd, who died after a Minneapolis police officer kneeled on his neck days earlier.

FOX 32 reported that the weekend ended with more than 80 people shot — 22 of them fatally.

Police say that none of the people shot in the 12-hour period that ended early Wednesday have died.