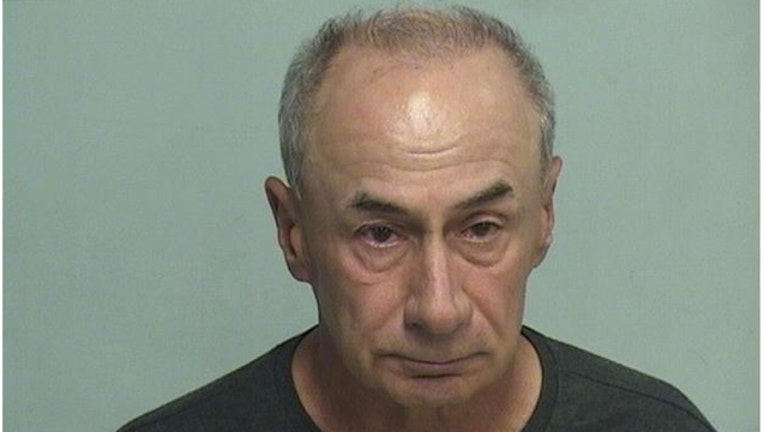 SUN TIMES MEDIA WIRE - A north suburban man has been charged with a hate crime for attacking a motorcyclist displaying a Mexican flag with an ice pick Wednesday in unincorporated Gurnee.

Joseph L. Zens, 67, is charged with a felony hate crime and a misdemeanor count of aggravated assault for the attack about 11:35 a.m. along Delany Road in unincorporated Gurnee, according to Lake County sheriff's office spokesman Sgt. Christopher Covelli.

The 57-year-old man was riding a motorcycle with a Mexican flag on it north on Delany near Sunset Avenue when Zens cut him off in a Hyundai SUV, Covelli said in a statement.

As the motorcyclist was trying to get the Hyundai's license plate and vehicle description, Zens pulled onto West Meyer Road and got out of the SUV, according to the sheriff's office. He started "yelling anti-Mexican racial slurs/expletives at the victim and told him to go back to his country."

Zens then got an ice pick from the Hyundai and began chasing the man with it while continuing to yell slurs, according to the sheriff's office. The man was able to get back onto his motorcycle and ride away to avoid getting hit. He then called 911 to report the attack.

Sheriff's deputies spoke to Zens at his unincorporated Gurnee home and found an ice pick in the Hyundai, Covelli said. He was taken into custody and charged.

"Hate has absolutely no place in Lake County," Sheriff John Idleburg said in the statement. "Being victimized because of the color of one's skin, ancestry, religion, sexual orientation, or any other protected classification is completely unacceptable. We will always be there to stand up for the victims of crime."

Zens remains in custody at the Lake County Jail on $15,000 bail and his next court date is set for Aug. 28, authorities said.