A northwest Indiana mayor has fired a city worker after the man allegedly put others at risk by firing gunshots into the air to celebrate the New Year.

HAMMOND, Ind. - A northwest Indiana mayor has fired a city worker after the man allegedly put others at risk by firing gunshots into the air to celebrate the New Year.

Hammond Mayor Thomas McDermott said Monday in a social media posting that he fired a water department worker after a video surfaced on Facebook apparently showing the man firing two celebratory shots into the air on New Year’s Eve, while standing next to someone who fired several shots.

McDermott called those gunshots a "dangerous action" in a social media posting in which he asked where those who fire such gunshots "think the bullets are going to end up? In orbit?" 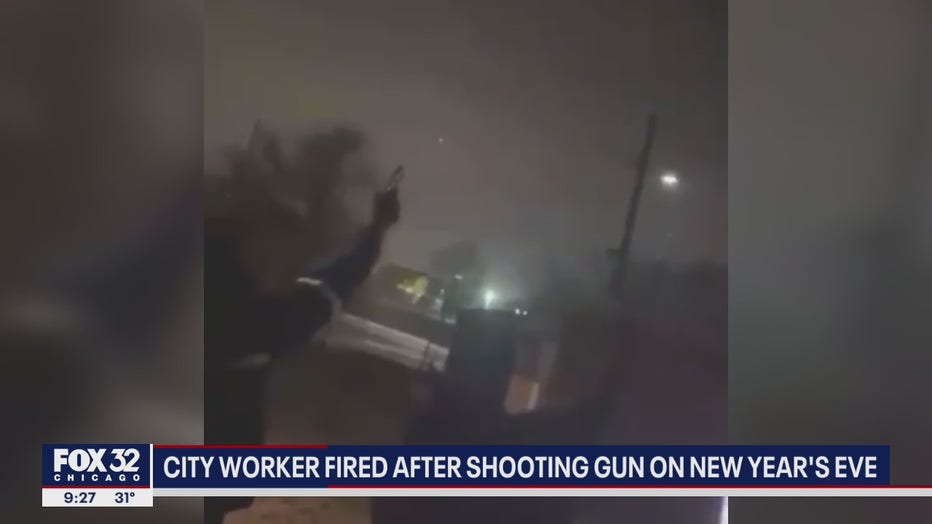 Celebratory gunfire long has been a concern in Hammond, where a 13-year-old boy, Noah Inman, was killed as he played basketball on July 4, 2017, when he was struck by a bullet falling from the sky.

No one has been charged in Inman’s death, but detectives suspected the bullet that killed him was fired into the sky by someone in the area in celebration of the Fourth of July.

"Haven’t we, as a society, learned a thing from his tragic murder?" McDermott wrote in his posting.

The mayor said the water department employee he fired was charged and issued a Hammond ordinance violation.

The (Northwest Indiana) Times reported that it was not naming the dismissed employee because it could not immediately confirm whether the charges McDermott mentioned have been formally filed.