The police and fire departments are getting two Ford F-150 pickup trucks each from the new Hard Rock Casino in Northwest Indiana.

"The vehicles that you see before you are an example of the vehicles that we will be putting on the street from this donation. And they will be utilize. And they're very sorely needed and we just want to say thank you," said Brian Evans, Gary police chief. 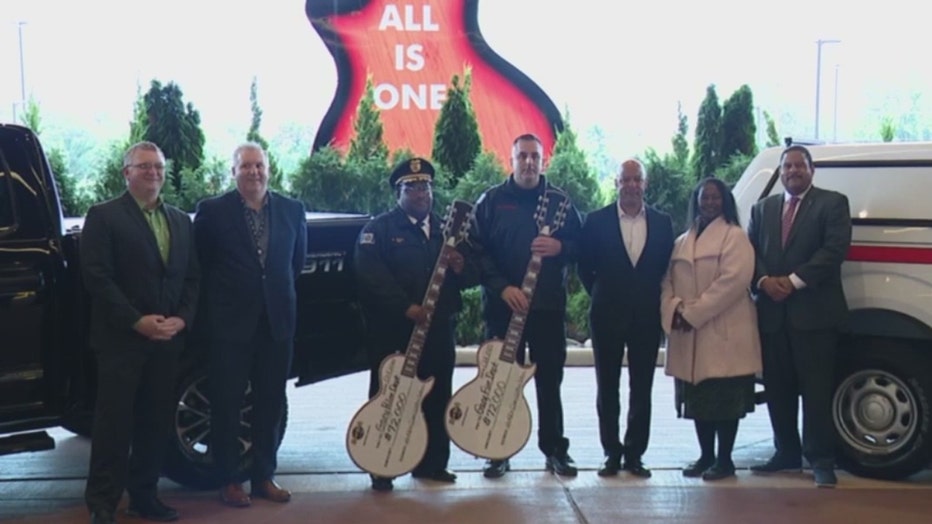 "We really do appreciate the vehicles. We're in the same situation as the police chief said. sorely needed vehicles. These F-150s will go great out in our streets," O'Donnell said.

The $300 million Hard Rock Casino Northern Indiana opened in May.