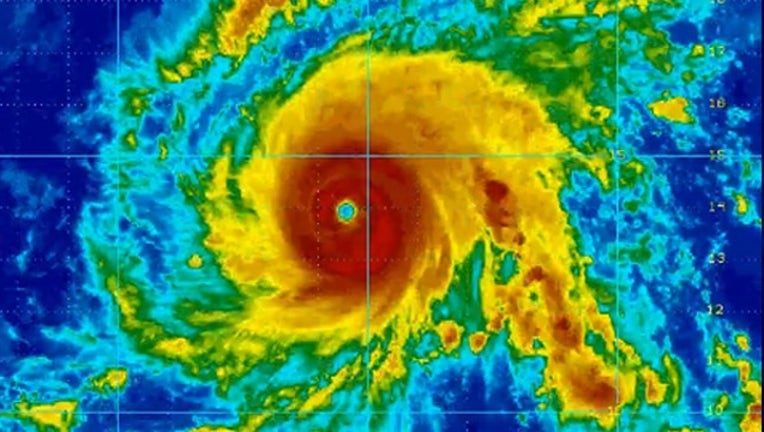 Shigesato says the hurricane's speed on Wednesday slowed from 9 mph to 7mph (15 kph to 11 mph).

He says the more stationary hurricane increases the threat of flash floods and landslides because of prolonged, increased rainfall.

President Donald J. Trump has issued a disaster declaration for Hawaii as residents prepare to deal with Hurricane Lane.

Trump issued the declaration on Wednesday. It authorizes the Department of Homeland Security and the Federal Emergency Management Agency (FEMA), to coordinate disaster relief efforts with the state.

Hurricane Lane was forecast to continue its northwest turn into the islands Thursday. That would make it the most powerful storm to hit Hawaii since Hurricane Iniki in 1992.

Officials opened shelters on the Big Island and the islands of Maui, Molokai and Lanai on Wednesday. They urged those needing to use the Molokai shelter to get there soon because of concerns the main highway could become impassable.

Three inches of rain fell in three hours on the Big Island on Wednesday.