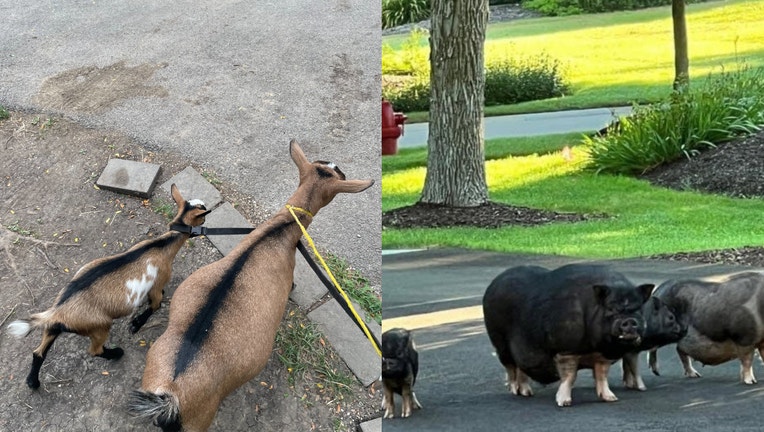 WAYNE, Ill. - A family of pigs is on the run in suburban Wayne!

According to the Wayne Police Department, the pigs have been roaming in a western portion of Wayne — around Army Trail Road near Robin Lane.

Police believe the pigs have been loose for about a week.

On Tuesday, police said the "team of bandits thwarted attempts" from the officers who were trying to corral them. They then fled into a wooded area.

If you or someone you know may be missing the pigs, you are asked to contact the Wayne Police Department.

Additionally, a herd of goats was captured Thursday afternoon in Wanye.

According to police, the goats were returned to their home.