More than 20 injured, some killed at holiday parade in Waukesha, Wisconsin after car speeds through crowd

At least 20 people were run over, and an unknown number were killed at a Christmas holiday parade in Waukesha, Wisconsin (a suburb of Milwaukee) on Sunday when a red SUV sped through the crowd at high speed. A suspect was in custody Sunday night.

WAUKESHA, Wis. - An Illinois Democrat who appeared to portray the Christmas parade tragedy in Waukesha, Wisconsin, as a form of payback for Friday’s acquittal of Kyle Rittenhouse in Kenosha has resigned from her post, Fox News has learned.

Mary Lemanski resigned from her position as social media director of the Democratic Party of DuPage County, Illinois, on Monday morning, Anne Sommerkamp, the organization’s executive director, told Fox News in an email.

One of the earlier social media posts from Lemanski about the Christmas parade tragedy read: "It was probably just self-defense," with the hashtags "Wisconsin" and "KyleRittenhouse."

Lemanski also describes herself as an acting student with the famed Second City comedy group.

"Living in Wisconsin, he probably felt threatened," read another post attributed to Lemanski, referring to the SUV driver in the Waukesha case. 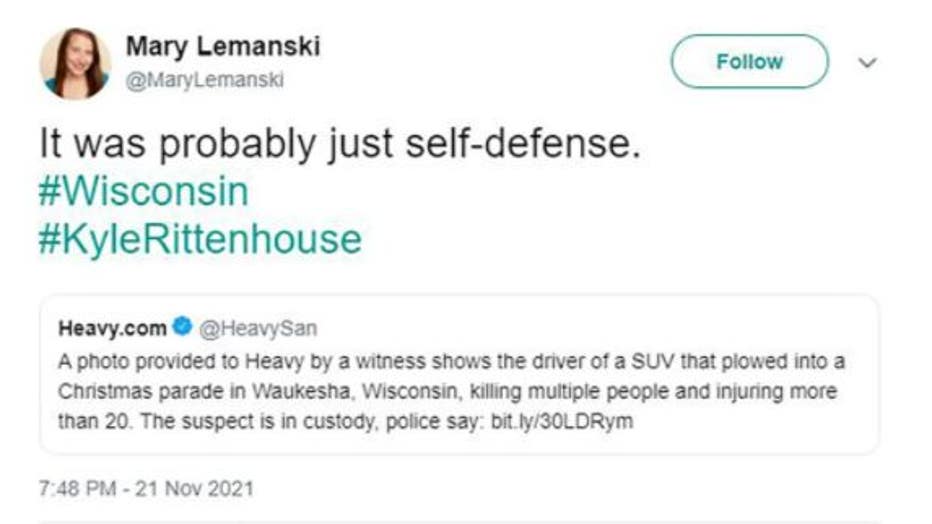 "I’m sure he didn’t want to hurt anyone," she added. "He came to help people."

The messages appeared to mock the self-defense argument that Rittenhouse and his defense team made during their recent trial – an argument with which a Wisconsin jury apparently agreed as they found the 18-year-old not guilty of murder in connection with two shooting deaths last year.

"The blood of Kyle Rittenhouse’s victims is on the hands of Wisconsin citizens," she writes at one point, "even the children."

Lemanski appeared to attempt a less snarky but still judgmental tone in another message.

"I’m sad," she wrote. "I’m sad anytime anyone dies. I just believe in Karma and this came around quick on the citizens of Wisconsin."

"You reap what you sow, Wisconsin," she wrote in another post.

And later: "It’s sad people died, but when you open the door to vigilante justice, everyone seems threatening."

In a self-written 2019 biography on the website of the DuPage County Democratic Party, Lemanski is described in the headline as "DuPage Dems’ Difference Maker." 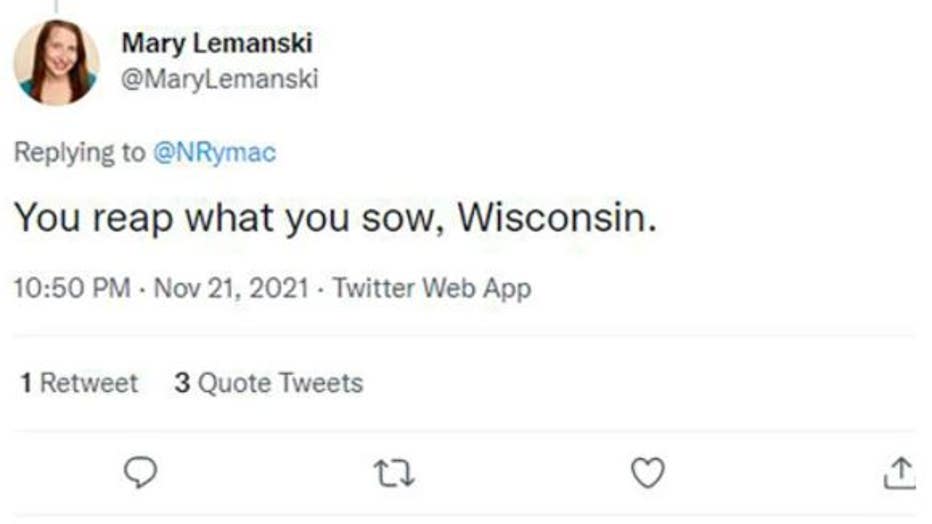 Lemanski was listed as a current staffer on another page on the site until early Monday.

On her Facebook page, she wrote Nov. 15 about a "white wing group" trying to prevent her from speaking at a school board meeting. She later accuses the group of being "fascists" who shut down "all opposing viewpoints."

Sunday’s tragedy in Waukesha killed at least five people and injured more than 40, according to city officials. 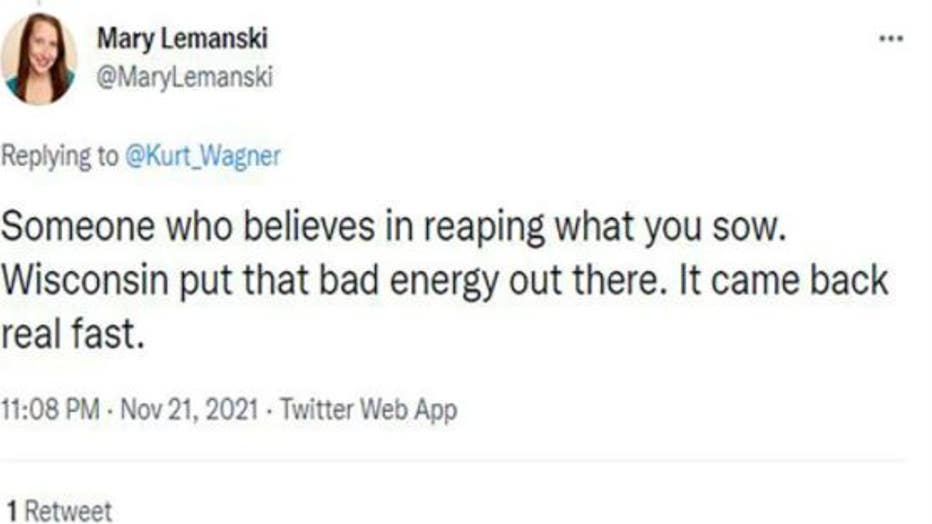