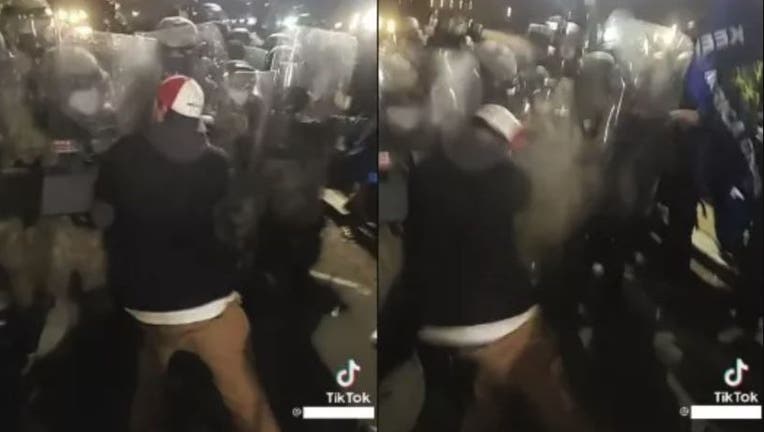 Federal authorities arrested an Illinois man who allegedly appears in a TikTok video fighting with members of the National Guard on Jan. 6 outside the U.S. Capitol, the Chicago Sun-Times is reporting.

Mathew Capsel, who uses the name "Mateo Q Capsel" online, was arrested Tuesday, according to the Justice Department. He’s charged with entering or remaining in a restricted area and resisting law enforcement.

The feds’ complaint includes screenshots allegedly from Capsel’s TikTok page, as well as a video recorded and posted to TikTok by a third person who also spoke to the FBI, according to the Sun-Times. That video depicts Capsel charging against a group of National Guardsmen, running into their protective shields and being pepper-sprayed, according to the feds. 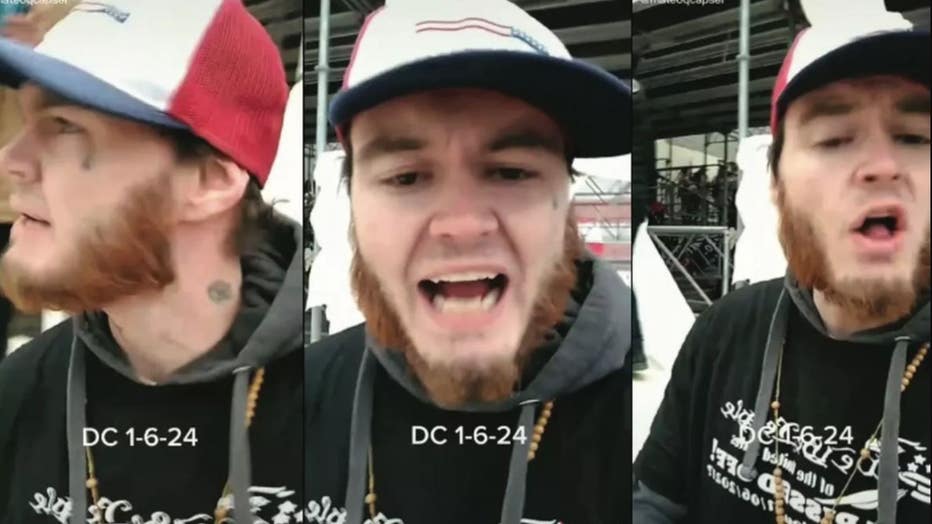