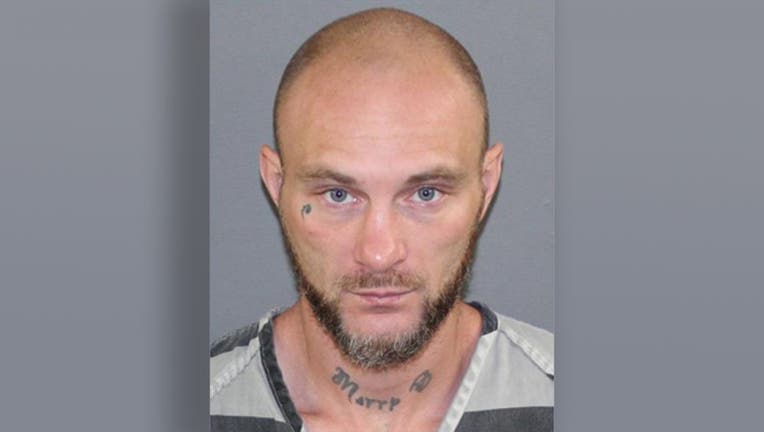 Matthew Bushman, a 36-year-old with his name tattooed on his neck, allegedly gave police a fake name. (Mattoon Police Department)

An Illinois man was arrested after he allegedly gave police a fake name... despite having his real name tattooed on his neck.

Matthew Bushman, 36, supposedly gave the false ID and birthdate to officers with the Mattoon Police Department, who were investigating a forgery, on Oct. 8.

Authorities wrote on Facebook Tuesday that Bushman — or "Matty B," as his tattoo states — had a warrant out for his arrest in Peoria County, and so he lied about his name.

He was arrested on Oct. 11 for obstructing justice, police said. He was booked at the Coles County Jail.