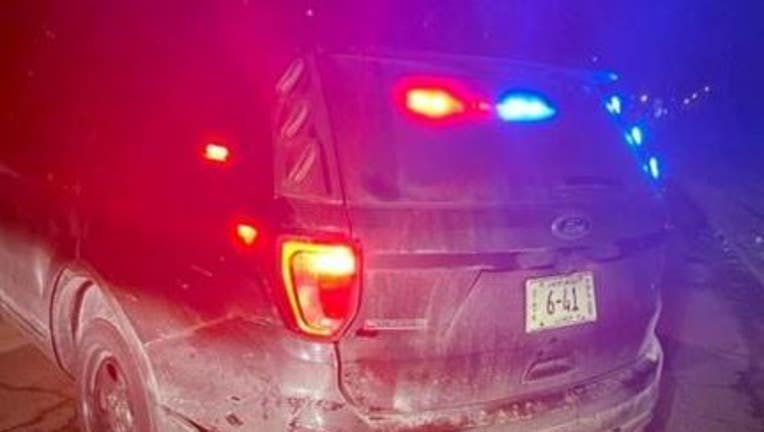 Illinois State Police said that the trooper was helping Bloomington Police investigate a crash around 1:25 a.m. with the squad car's lights on.

Police said a Volkswagen driven by Michael A. Tibbitts, 24, of Bloomington, crashed into the back of the squad car with the trooper inside.

The trooper was hospitalized for minor injuries.

Illinois Police said that Tibbitts was arrested for DUI and violating Scott's Law.

In the first two months of this year, nine Illinois State Police squad cars have been struck, and four troopers have sustained injuries.