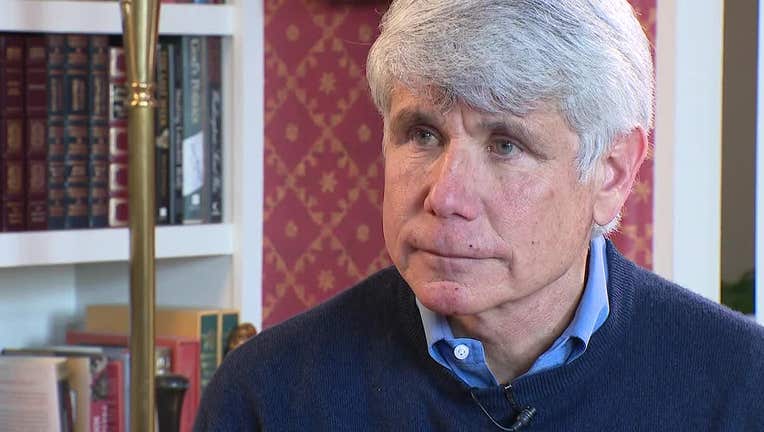 The Illinois Attorney Registration and Disciplinary Commission’s ruling came a week after commission attorneys reminded the three-member panel about some of the things that led to Blagojevich’s conviction on corruption charges and prison sentence.

In its four-page decision, the panel noted that Blagojevich sought to “further his own interests” as governor despite his oath of office and that he “has not acknowledged that his conduct was wrongful or expressed any remorse.” The panel also noted that Blagojevich failed to appear for his disciplinary hearing on Feb. 25, saying it demonstrated “a lack of respect for the disciplinary process and the legal profession.”

The court’s decision was hardly a surprise and Blagojevich, whose license was suspended indefinitely after his 2008 arrest, did not fight to regain it. When he didn’t attend the March hearing about the matter, he suggested afterward that he had no intention of practicing law again.

“Imagine yourself sitting on a plane and then the pilot announces before takeoff that he hasn’t flown in 25 years,” Blagojevich said. “Wouldn’t you want to get off that plane? I don’t want to hurt anybody.”

During that hearing, which came days after President Trump commuted his sentence, the commission panel heard evidence that led to Blagojevich’s convictions for a host of felony charges, including that he tried to sell an appointment to the U.S. Senate seat vacated by President Barack Obama and that he tried to shake down a children’s hospital CEO and racetrack owner.

Since his release from prison, the 63-year-old Blagojevich has earned money from a website where customers pay for personalized video tributes from celebrities. And earlier this month, he signed on to host a podcast put out by WLS-AM radio in Chicago called “The Lightning Rod.” Blagojevich said in announcing the show that he was “fired up” to speak his mind and share what he’s “learned from the school of hard knocks.”