Formula shortage: Chicago-area moms collecting baby formula to give to those in need

CHICAGO - Attorney General Kwame Raoul warned Illinois residents Friday to be on the lookout for scam artists looking to take advantage of desperate families who are struggling to find baby formula amid a nationwide shortage.

"The baby formula shortage continues to impact families across Illinois. On top of the stress of locating formula, people must also be on the lookout for scammers looking to take advantage of families’ desperation," Raoul said. "I urge anyone affected by this shortage to be vigilant for potential scams that could result in financial losses or – more seriously – the inadvertent purchase of unsafe products."

Raoul urged residents to do their research before purchasing any product from an unknown source, especially online transactions. Anyone who believes they may have been a victim of a scam or price gouging related to baby formula is encouraged to file an online complaint with the Attorney General's Fraud Bureau, Raoul said.

Raoul also issued a warning Friday to anyone who attempts to make a quick profit off the formula shortage.

"Defrauding consumers or charging unfairly high prices violates Illinois law, and the Attorney General’s office will take action to protect consumers against such conduct," a statement from Raoul's office said.

Katie McCray talks about the nationwide baby formula shortage and how it is affecting her and thousands of other families.

HOW DID THE SHORTAGE START?

The shortage is largely tied to Abbott Nutrition’s Michigan formula plant, the largest in the U.S., which has been closed since February due to contamination problems.

Abbott shut its Michigan plant in February after FDA inspectors began investigating four bacterial infections in infants who had consumed formula from the plant. All four were hospitalized and two died. The first of those cases was reported to the FDA in September, but agency staff didn’t begin inspecting the facility until late January.

WHEN WILL THE SITUATION IMPROVE?

The FDA announced a preliminary agreement with Abbott earlier this week to restart production, pending safety upgrades and certifications.

After production resumes, Abbott has said, it could take about two months until new formula begins arriving in stores. Califf said it will be "a few weeks" before supplies return to normal levels, especially in rural areas that aren’t near distribution hubs. 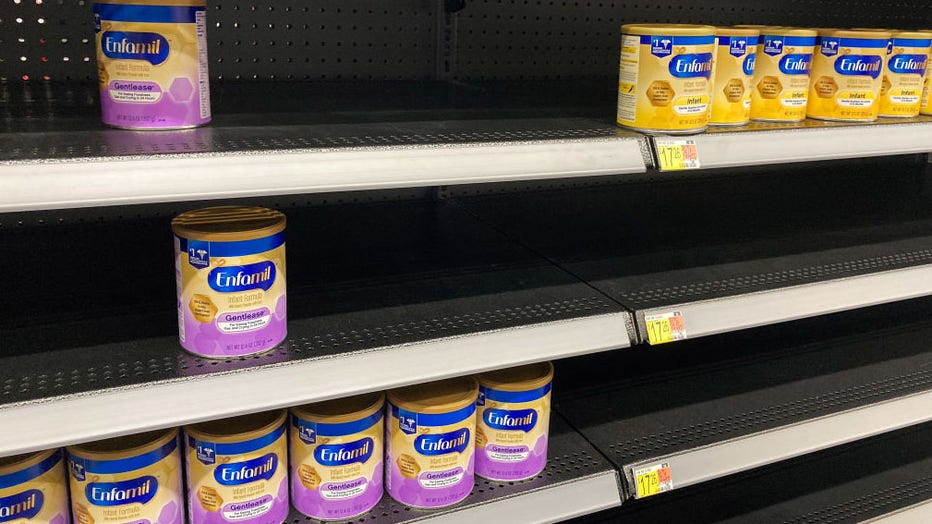 A baby formula display shelf is seen at a Walmart grocery store in Orlando. (Paul Hennessy/SOPA Images/LightRocket via Getty Images)