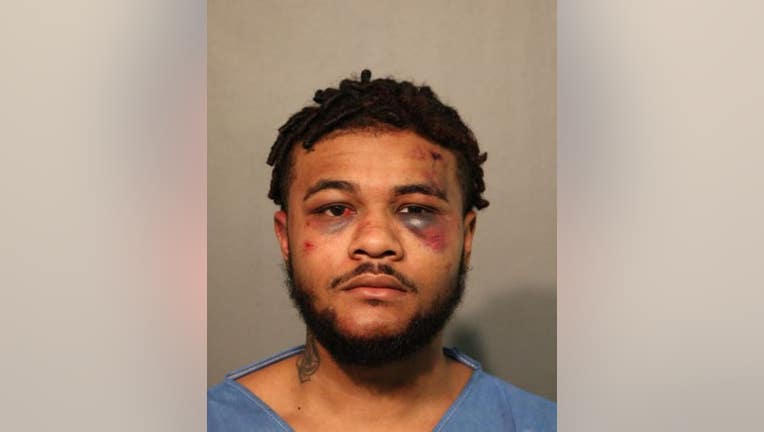 CHICAGO - A Gary man was charged in connection with a midday shooting Monday in Chicago's South Loop neighborhood.

Adam Davis, 20, was accused of getting into fight with a 44-year-old man and shooting a 52-year-old man around 2:56 p.m. in a building in the 1200 block of South Michigan Avenue, according to Chicago police.

The victim was taken to Northwestern Memorial Hospital where he was listed in good condition, police said.

Chicago neighbors on edge after man shot in South Loop

A 52-year-old man was wounded in a midday shooting in Chicago's South Loop neighborhood on Monday.

Davis was charged with aggravated battery with a firearm, aggravated assault with a deadly weapon and violating the conceal/carry act.

South Loop residents told FOX32 on Monday they were stunned to return home to a crime scene.

"Worried, very worried. Just to know that something would happen so close to home is just so concerning," said Cathy Ngoma, who lives just steps away from where the shooting unfolded. "Everybody wants to know that where they live is safe."