At about 12:42 p.m., eight cars and two locomotives on the Southwest Chief Train 4, traveling eastbound on BNSF, derailed after striking a dump truck that was obstructing a public crossing in Mendon, Missouri, officials said. 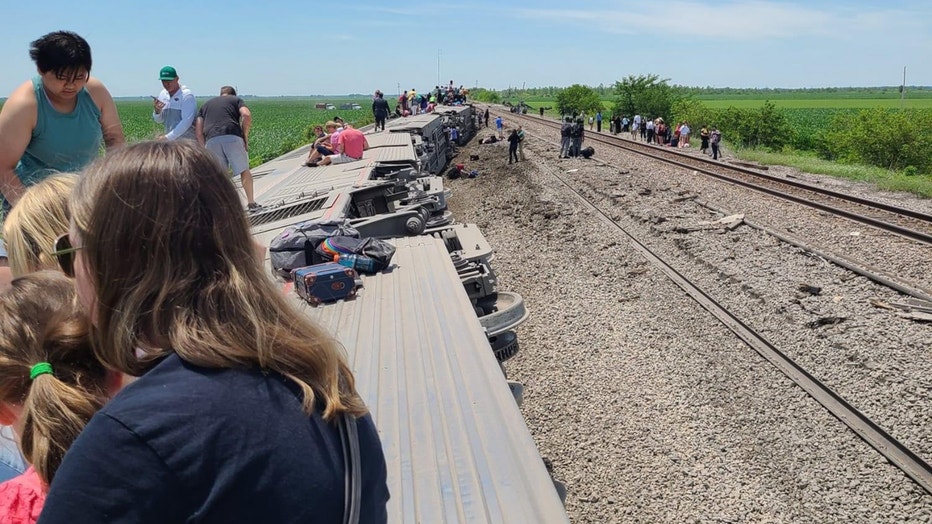 Authorities said three people were killed inside the train and one person was killed in the truck. They did not release their names.

"You could hear the metal screeching as people were being thrown over to the right-hand side. It was insane," said Dax McDonald.

McDonald boarded the train in Arizona with his mother and two sisters and was two stops away from his destination in Iowa. His youngest sister was hurt.

The family was traveling by train to meet up with other family members for a vacation.

The train was carrying 275 passengers and 12 crew members.

Three passengers were taken to University Hospital in Columbia, hospital spokesman Eric Maze said. He did not have information on their conditions.

Lt. Eric Brown told reporters that officials do not yet know the number of people injured. All injured passengers have been transported from the scene, according to authorities.

The Missouri State Highway Patrol and other local law enforcement units were at the scene to help, and Amtrak said it has deployed resources to the site. 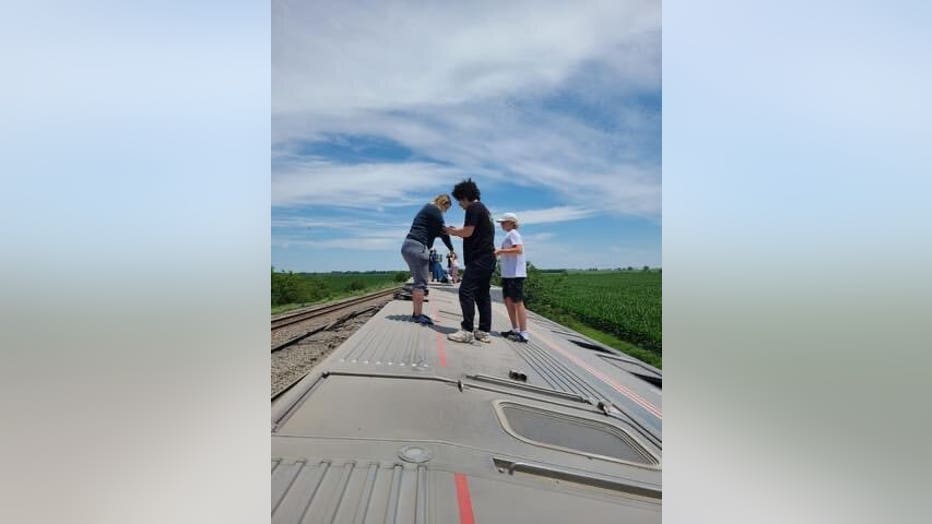 The crossing where the collision occurred didn't have an electrical or mechanical traffic control device, a crossing gate, or a flag person.

The NTSB will start their investigation on Tuesday at 8:30 a.m.

Individuals with questions about their friends and family who were traveling aboard the train can call 800-523-9101.

Mendon, with a population of about 160, is about 84 miles northeast of Kansas City.