During a press briefing on Friday, Jen Psaki addressed reports that she will be leaving the White House and joining MSNBC, stating she has nothing to confirm and continues to take her job as press secretary seriously.

WASHINGTON - White House Press Secretary Jen Psaki is planning to leave her post from within the Biden administration to join MSNBC allegedly in May.

According to Axios media reporter Sara Fischer via Twitter, the papers have not yet been signed, but the offer purportedly would make Psaki the host of a show on Peacock, NBCUniversal’s streaming platform, while allowing her the opportunity to appear as a voice on various cable shows. It was reported that she will not be replacing Rachel Maddow in the 9 p.m. slot.

Psaki has reportedly told senior officials about her exclusivity deal and planned departure, but has not yet formally told the White House press team, an administration source told Axios, according to a subsequent tweet.

Fox News White House Correspondent Jacqui Heinrich separately confirmed Psaki will leave the White House for MSNBC and reported the network beat out CNN in a bidding war, although the deal hasn't been signed yet.

The White House press secretary's deal is reportedly similar to that of Symone Sanders, a former senior spokesperson for Vice President Kamala Harris and White House adviser. Sanders signed a deal for a show with the network back in January, which will air on MSNBC and will stream Mondays and Tuesdays on Peacock, according to Deadline.

Recently, it was reported that Psaki had been in talks with CNN and other prominent networks. 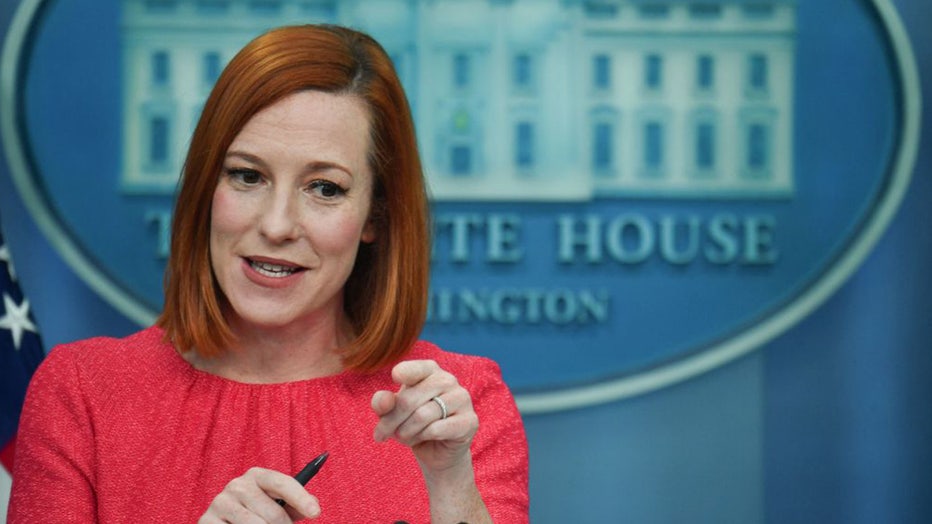 According to Axios, MSNBC has been working with its compliance lawyers to ensure conversations with Psaki do not violate government regulations and codes of conduct.

Some on Twitter responded to the Axios report with questions about the ethics of Psaki negotiating a deal while still working at the White House. As Fox News contributor Byron York pointed out, "For past months, WH spokeswoman has been briefing news organizations that were vying to hire her."

Dan McLaughlin from National Review wrote, "Also, under no circumstance should members of the White House press staff be negotiating, *while employed by the White House* with media organizations that cover the White House."

Rory Cooper of the reputation management firm Purple Strategies tweeted, "Now that this is out there, I don't know how you stay on another day and continue taking questions from your new employer."

Others pointed that the potential new job wouldn't be much different from Psaki's current role. Substack writer Jim Treacher joked, "Going from a Democrat-controlled White House to MSNBC is a lateral move," while RealClearInvestigations deputy editor Benjamin Weingarten asked, "Isn't she already doing that [hosting an MSNBC show]?"

It was speculated that Psaki would leave her position for a television opportunity, as White House officials, especially communications staffers, often negotiate and take network jobs upon relinquishment of their duties.

CBS News hired Mick Mulvaney, a former Trump administration official, as an analyst and contributor for the channel earlier this week.

Both Kayleigh McEnany and Nicolle Wallace, two prominent women in Republican administrations, joined cable networks after leaving the White House. McEnany joined Fox News as a co-host and contributor in March 2021, while Wallace has been a host on MSNBC since 2017.