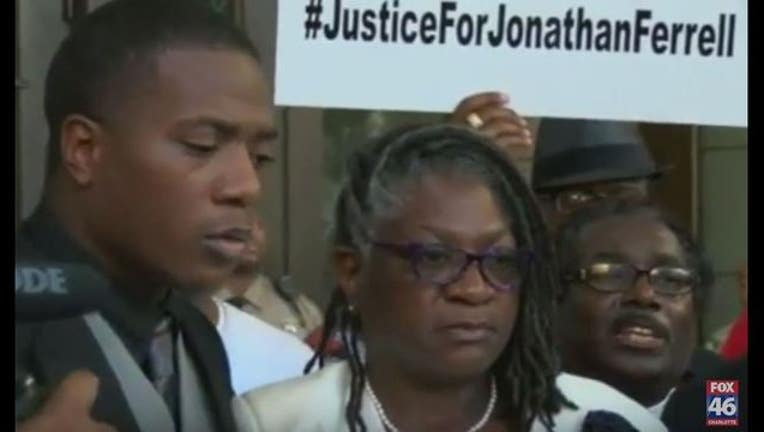 The family of Jonathan Ferrell, an unarmed black man shot and killed by CMPD officer Randall Kerrick in 2013 says they want a retrial after a judge declared a mistrial in Kerrick's voluntary manslaughter case Friday afternoon.

Judge Robert C. Ervin declared a mistrial in the voluntary manslaughter case of Charlotte police officer Randall Kerrick after the jury became deadlocked. In a conversation with the judge Friday afternoon, the jury said further deliberations would not change their minds.

After the mistrial was declared, protesters gathered outside the courthouse chanting, "Justice for Jonathan."

Before the trial, the City of Charlotte awarded the Ferrell family a $2.25 million settlement. The city of Charlotte said an investigation showed Kerrick did not have the right to shoot Ferrell, violating North Carolina law G.S. 14-18.

Kerrick remains on unpaid administrative leave until the process is complete, according to CMPD Police Chief Kerr Putney.