An earlier, much shorter version of special prosecutor Dan Webb’s 60-page report concluded that Cook County State's Attorney Kim Foxx repeatedly made false public statements about Jussie Smollett and the case against him.

CHICAGO - On Wednesday, the special prosecutor in the Jussie Smollett case asked for permission to release his still-confidential report.

Dan Webb told the presiding judge "justice" requires the report be made public.

An earlier, much shorter version of Webb’s 60-page report concluded that Cook County State's Attorney Kim Foxx repeatedly made false public statements about Smollett and the case against him.

"The usual reasons for keeping something like this secret really don't exist here. There are no juveniles involved, as far as we know there's no testimony that would be highly embarrassing of a very private nature to someone. It's really the grand jury system, which has always operated in secrecy that's at stake here. And Webb has concluded that the need for publicizing this summary report is more important our outweighs the need for protecting the secrecy of the grandy jury system," Yellen said. 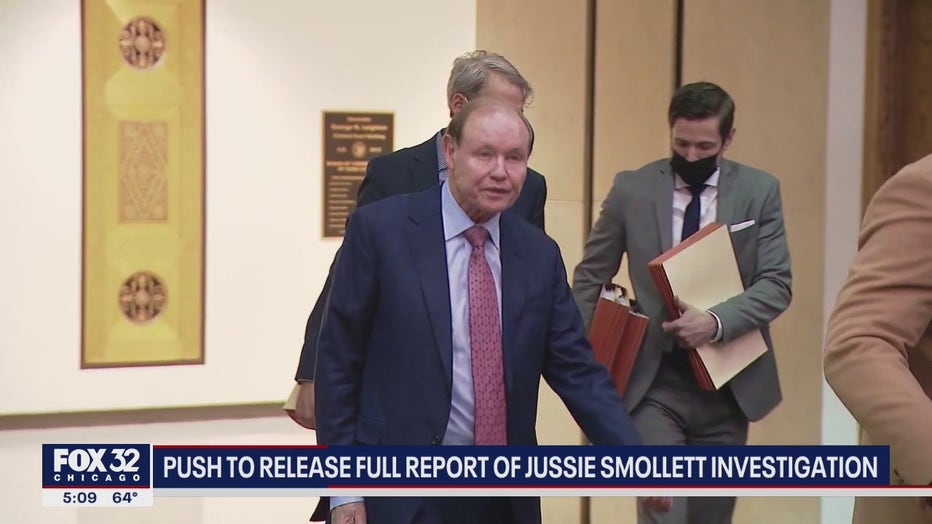 In Webb’s earlier public filings, he found Foxx and her top assistants engaged in, "substantial abuse of (their) discretion" as prosecutors. They originally claimed to have a strong case against Smollett, then suddenly dropped all charges without even asking Smollett to admit he had made up a story about then-President Donald Trump supporters lurking after midnight on a bitterly cold evening to pour bleach on him and put a small dime store noose around his neck.

"The question is, ‘Why did Kim Foxx reach the decisions she made?’ And were those decisions improper? Were they an abuse of her discretion? Remember all the controversy about her supposed recusal? And that she recused herself and maybe she didn't really recuse herself and was still keeping an eye on the facts in this case and how it proceeded through the system," Yellen said.

A spokeswoman for Foxx said she had no comment and would not reveal whether the state's attorney plans to support or oppose release of Webb’s full report.

A hearing is scheduled for Monday morning in Cook County circuit court.