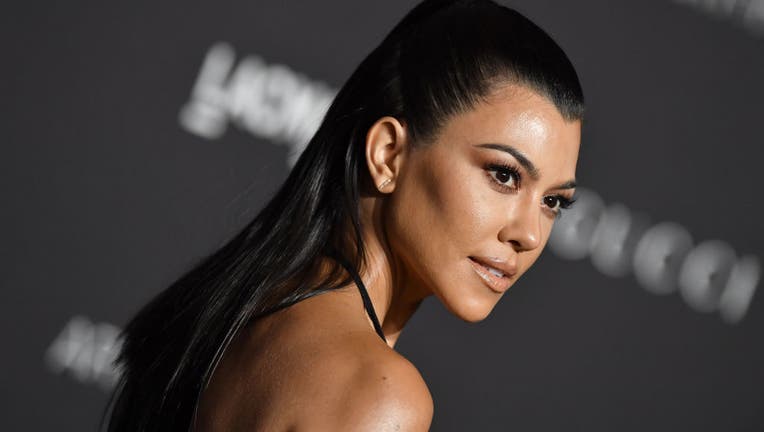 The reality star, 41, shared the image Thursday in conjunction with a Poosh blog post on her website about stylish “voter merch,” which included two of West’s fashion pieces that retail on the site for $40.

Many on social media took exception to Kardashian lobbying for the "Jesus Walks" emcee, whose name appears on ballots in 12 states for the upcoming Nov. 3 presidential election.

"This is so embarrassing @kourtneykardash," social media star Tyler Oakley wrote alongside a screenshot of the IG Story. "Support progressive democrats down ballot, especially in swing states!!"

Meanwhile, others slammed the “Keeping Up with the Kardashians” star for being “irresponsible” in her promotion of West given the large platform.

“Omg that is absolutely atrocious. I’m appalled. Even if it is a joke she has MILLIONSSS of followers,” tweeted lifestyle and beauty YouTube star Nicol Concilio, adding in a follow-up tweet, “Also has she even said a damn thing about the election at all?? I really can’t believe this s—t.”

West first announced he was running for president on July 4, and his wife, Kim Kardashian West, 39, retweeted that post with an added American flag emoji.

He released his first campaign ad this week, which Kourtney retweeted, and said he was running a race on “our nation’s commitment to faith.”

"We are not only a beacon to the world but we should be servants to each other," West said.

Kourtney was the only member of the Kardashian clan to publicly support the campaign ad.

Meanwhile, in the states where West’s name does not appear on the voter ballot, he urged his fans to write his name in instead or cast their vote for Biden or Trump, whom he since denounced after years of being a stout supporter.