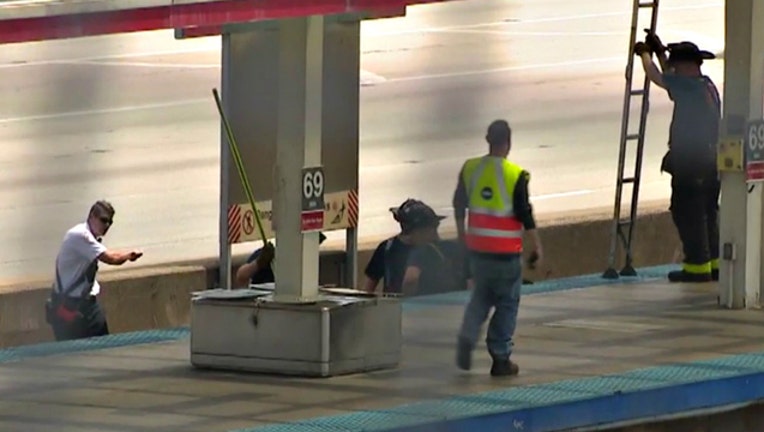 CHICAGO - Video leaked to social media shows a security guard standing near a woman who was fatally struck by a Red Line train as she attempted to pick up a dropped phone from the tracks.

The video shows a guard stand on the platform with a dog as the woman looks for her phone for about 20 seconds before the train hits her.

Felon Smith, 37, had climbed down from the platform about 12:40 p.m. on June 27 to retrieve her dropped phone at the 69th Street station, Chicago police and the Cook County medical examiner’s office said. She was struck by a train and pronounced dead at the scene.

The Chicago Transit Authority found that the video of the death was “inappropriately recorded from CTA’s video systems by what appears to be a cellphone camera,” CTA spokesman Brian Steele said in a statement.

The guard shown in the video was employed by AGB innovative security solutions, a Chicago-based company, Steele said. A spokesperson with AGB was not available Monday evening for comment.

“Regarding the incident itself, CTA is also undertaking a thorough review, including interviews with employees and witnesses,” Steele said.

Steele said that anyone who leaked the video would be discharged and that “CTA will pursue all applicable criminal penalties.”