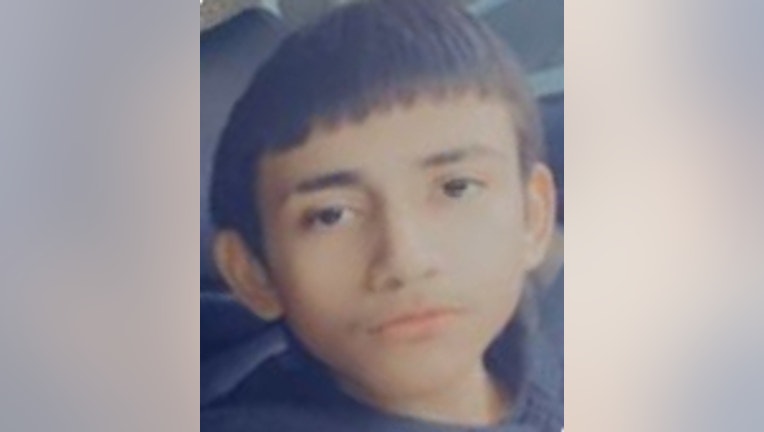 CHICAGO - Mayor Lori Lightfoot on Monday called for a review of the Chicago Police Department’s foot chase policy, a week after a 13-year-old boy was killed by police during a foot chase in Little Village.

In a news conference, Lightfoot offered condolences and empathized with the family of Adam Toledo, while also calling on police to find the adult who gave the 13-year-old the gun and bring that person or people to justice.

"Incidents like these are a reminder that we need to work that much harder to prevent tragedy," Lightfoot said. "An adult put a gun in a child’s hand… a weapon that irreparably changed the course of his life."

Police Superintendent David Brown and the department’s chief of detectives will "use every resource to track down the origins of this gun through tracing, fingerprinting and DNA and any other means," Lightfoot said.

The mayor strongly suggested that the teen may have been involved in gangs before that night and that a gang member gave him the gun.

"Gangs are preying on our most vulnerable, corrupting these young minds with promises of familia and lucre," she said.

"None of us should accept that we have adults here and across Chicago preying upon vulnerable teenage boys," saying that it is everyone’s duty to give these children the love and support they need.

"That’s how we lessen the allure of gang life," she said.

The Civilian Office of Police Accountability said it will release body worn and third-party video camera footage of the fatal shooting of 13-year-old Adam Toledo by Chicago police.

"We will not push off the foot pursuit reform for another day," Lightfoot said.

Lightfoot is vowing that a new foot chase policy would be in place before the beginning of the summer.

In the same news conference, police Supt. David Brown explained in further detail the timeline of events that led to Adam’s death.

Brown said officers responded to a ShotSpotter detection at 2:36 a.m. for eight gunshots in the 2300 block of South Sawyer Avenue. Officers showed up to the alley and found two males, one of whom was armed. Both fled, and one officer confronted Adam in an alley and shot him in the chest at 2:38 a.m., Brown said. Adam died at the scene. Brown did not say if Adam pointed the gun at the officer or if he was holding the gun when he was shot.

Brown said that Adam had no identification on him and that the other man arrested with him provided a wrong name for Adam. Adam’s family had reported him missing the week before, but told detectives he returned home the weekend before the shooting, Brown said. Adams’ family did not report him missing a second time after he left home again. Detectives trying to identify Adam later found him in an inactive missing person report and contacted Adams’ family, who identified him at the Morgue two days after the shooting.

The Civilian Office of Police Accountability, which is investigating the shooting, has said it plans to release body camera video of the shooting "as soon as possible."

The mayor and superintendent also addressed a recent "officer safety alert" within the department warning officers that factions of a street gang had instructed members to shoot at unmarked Chicago Police vehicles in retaliation for the teen’s death.

"The danger to officers every day is real," Lightfoot said, mentioning statistics that show 79 officers in the city were fired upon last year compared to 22 the year before.

She said she hoped gang members would not "be foolish enough" to fire upon police. Brown also urged calm, pointing to a statement made by the boy’s mother, Elizabeth Toledo over the weekend.

"Adam was a sweet and loving boy," she said. "He would not want anyone else to be injured or die in his name."