Mayor Lori Lightfoot was joined by city leaders Friday morning at a ribbon cutting ceremony for the newly constructed bridge, originally built in 1914.

Mayor Lori Lightfoot was joined by city leaders Friday morning at a ribbon cutting ceremony for the newly constructed bridge, originally built in 1914.

The project involved the full reconstruction and widening of the bridge, which carries an average of 34,500 vehicles a day over the North Branch of the Chicago River.

It also included an under bridge trail for pedestrians and bikers. That trail connects California Park to Horner Park and completes the 312 RiverRun, a 1.5 mile recreational path stretching from Montrose Avenue to Addison Street. 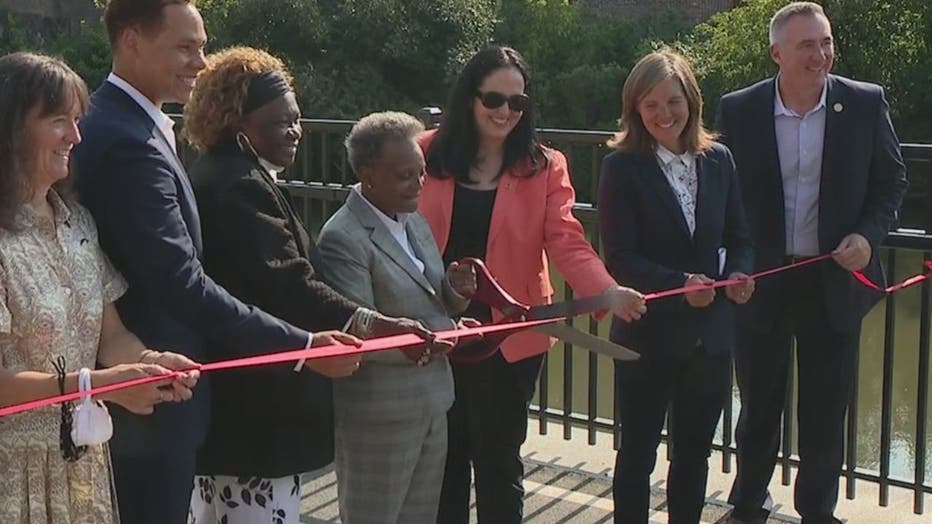 Lightfoot talked about the significance the trail will have for the city.

"This path makes major connections to many of our city's premier attractions including our beautiful parks," Lightfoot said. "It also allows us to further prioritize the safety of walkers, runners and bikers and adds to our growing list of low-carbon, river restoration-focused infrastructure developments."

The project cost $18.1 million and was funded through local, state and federal sources.