Mayor Lori Lightfoot issued a stay-at-home advisory on Thursday in response to the rapid rise of COVID-19 cases and hospitalizations in Chicago.

CHICAGO - Mayor Lori Lightfoot issued a stay-at-home advisory on Thursday in response to the rapid rise of COVID-19 cases and hospitalizations in Chicago.

The mayor made a strong declaration about the severity of the rise in cases, saying that if Chicago residents don't change their behavior immediately, the city is "on track to lose 1,000 more Chicagoans" or more by year's end.

“Chicago has reached a critical point in the second surge of COVID-19, demanding that we undertake this multi-faceted and comprehensive effort to stop the virus in its tracks,” Lightfoot said in a press release.

“The gains we have made this past year have been the result of our willingness to work together. Even in this difficult moment, we will continue to unite as we always have for our city in order to halt the rise we’re seeing, shake out of the fatigue we’ve been experiencing, and make the crucial difference in what our future is going to look like.”

Mayor Lori Lightfoot has issued a stay-at-home advisory for Chicago, given the surge of COVID-19 cases.

The new stay-at-home advisory will go into effect at 6 a.m. on Monday, November 16 and comes just two weeks before Thanksgiving, one of the busiest travel days of the year.

Chicago residents are being advised to only leave their homes to go to work, school, or for essential needs such as seeking medical care, going to the grocery store or pharmacy, picking up food, or receiving deliveries. 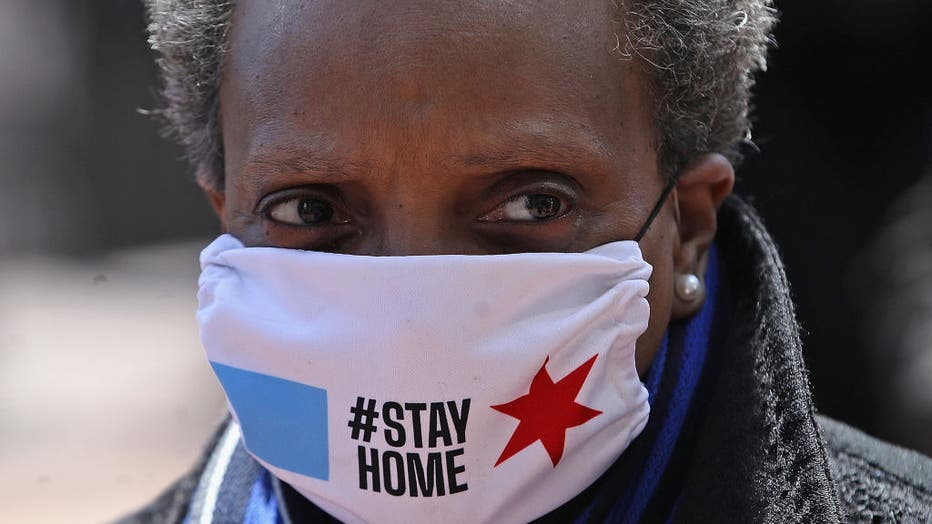 CHICAGO, ILLINOIS - APRIL 16: Chicago mayor Lori Lightfoot arrives at Wrigley Field on April 16, 2020 in Chicago Illinois. Wrigley Field has been converted to a temporary satellite food packing and distribution center in cooperation with the Lakevill

The mayor is advising Chicago residents to not have any guests in their homes unless they are essential workers such as home healthcare providers or childcare workers. According to the city's press release, any indoor gathering in a private residence must "be limited to six non-household members." Gatherings that exceed the limit are subject to a fine, though the press release does not offer any further details on the penalty.

Gov. J.B. Pritzker has made similar pleas for Illinoisans to stay home, saying he could step up restrictions if things don’t change. State officials on Thursday reported 12,702 new COVID-19 cases, including 43 more deaths. Overall, Illinois has reported 536,542 cases and 10,477 deaths.

In addition to the stay-at-home advisory, the city is also imposing new restrictions to limit meetings and social events, both indoor and outdoor, to 10 people. The capacity limit - which also takes effect at 6 a.m. on Monday - applies to events including weddings, birthday parties, business and social functions, and funerals, and it applies to any venue where a meeting or social event may take place.

Businesses such as fitness clubs, retail stores, movie theaters, and personal services including barber shops and hairdressers are not impacted by the 10-person limit as they already have their own capacity mandates, generally, 40% or 50 people, whichever is fewer. 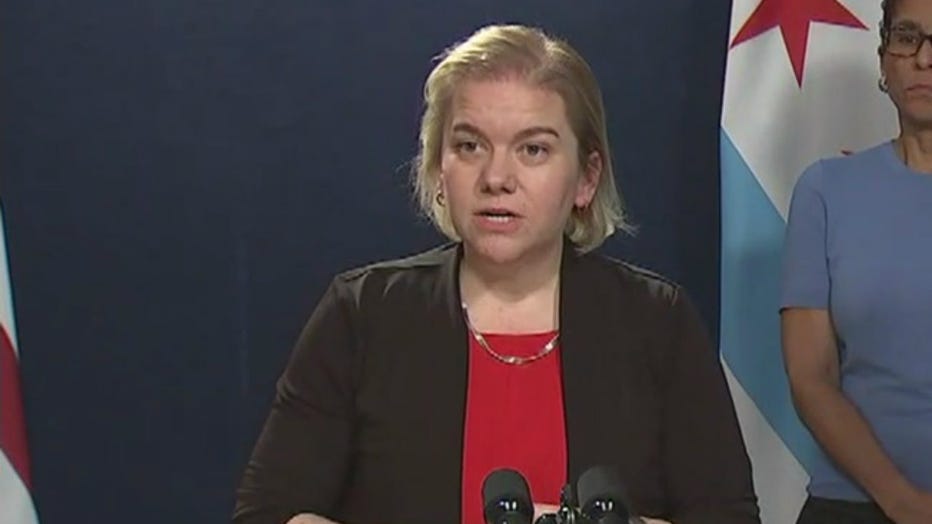 According to the mayor's office, the advisory will remain in place for 30 days or until the Commissioner of Health for the City of Chicago, Dr. Allison Arwady, determines that a change is appropriate.

Chicago, the region, and the nation as a whole have experienced several weeks of steeply rising new daily cases, and the test positivity rate has also been increasing and is now above 14% in the city. Chicago is seeing more than 1,900 new daily cases based on a 7-day rolling average, which is a higher rate than at any time during the pandemic, according to Arwady.

“The data are troubling, and I’m very concerned we could be looking at tens of thousands of more cases, which would overwhelm the healthcare system and lead to hundreds more deaths,” Arwady said in the press release. “But we know what works and what we need to do to bend the curve. We did it once and I know we can do it again.”

While Black and Latino residents continue to be disproportionately impacted by the pandemic, increases are being seen across all age, race and ethnic groups, according to city officials.