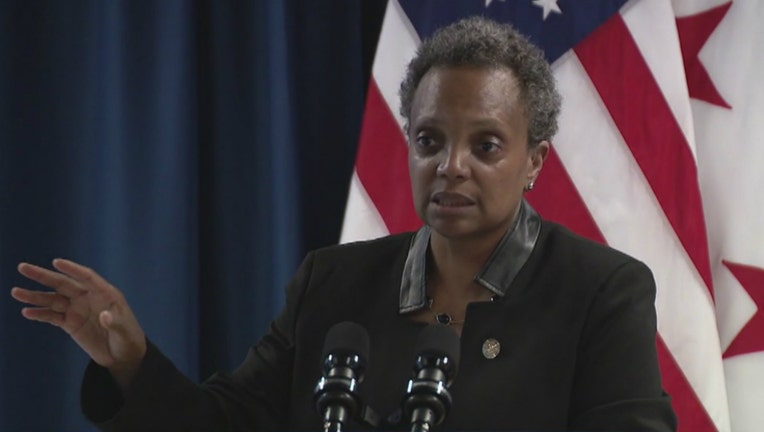 CHICAGO - City and state officials declared a local disaster for parts of Lake Michigan’s shoreline Thursday after flooding in January ravaged areas along the lakefront.

Mayor Lori Lightfoot issued a proclamation and sent a letter to Gov. J.B. Pritzker asking for state assistance, saying in a statement that a winter storm on Jan. 10 and 11 had severely damaged the City of Chicago’s shoreline, infrastructure and recreational areas along the lake.

Pritzker, for his part, issued a state disaster proclamation for Cook and Lake counties, while requesting additional time from FEMA to prepare a federal disaster declaration, according to a statement from the governor’s office. The declaration will allow affected municipalities to apply for federal funding to relieve the damage.

“One of Chicago’s strongest assets is our lakeshore, and due to the severity of recent storms we’ve witnessed irreparable damage to our lakefront beaches and infrastructure,” Lightfoot said. “While the City has worked extensively over the past few months to respond to the damage and to secure the infrastructure and beaches along our lake front – it is clear that this is a challenge we can’t solve alone.”

The January storm brought 55 mph wind gusts and waves up to 20 feet crashing down along the shoreline, closing streets and flooding beaches. Rogers and Howard beaches in Rogers Park were shut down entirely in the wake of the storm.

As water levels in Lake Michigan have steadily increased, city departments have teamed up with the U.S. Army Corp of Engineers to prevent damage and erosion along the shoreline, the mayor’s office said. Over 10,000 yards of riprap have been installed along North Side beaches, with more planned for lakefront areas between 48th and 50th streets.

Additionally, the city has installed thousands of feet of concrete barriers and sandbags at “sensitive locations on the North and South sides,” the mayor’s office said. They are designed to prevent flooding on vulnerable roadways like Sheridan Road, Lake Shore Drive and South Shore Drive, the last of which was shut down for hours during the January storm.