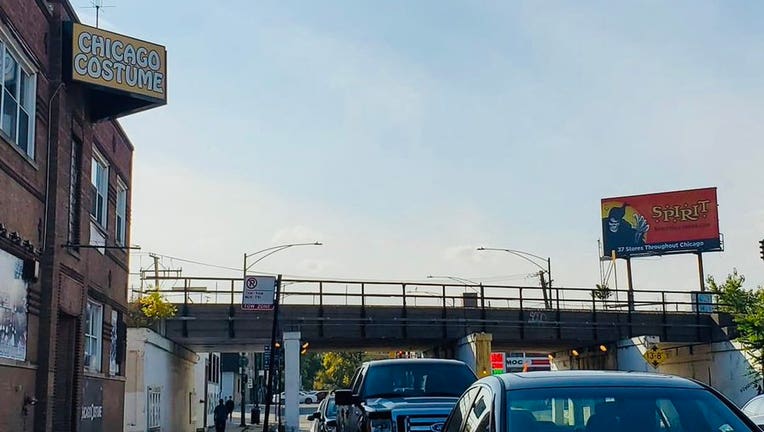 CHICAGO - A local Chicago costume shop is pushing back against giant Halloween chains like Spirit.

On Twitter, Chicago Costume Company employee Andy Rowell posted a photo showing that Spirit had installed a billboard not too far away. His point: that Chicago Costume offers plenty of unique, higher-quality costumes than national chains, and that Chicagoans should shop local.

It's a message that Chicago Costume Company owner Mary Hickey Panayotou supports with a passion.

"I'm not against people making money – I'm definitely a capitalist," Panayotou said. "But we are paying taxes that are funding public schools and roads. And we're here in the middle of February, when you might need something for that school play."

Panayotou noted that her costume-rental business is better for the environment than disposable Halloween costumes.

"We have handmade, custom-crafted, more luxurious and authentic costumes. We have a lot more American-made products.," she said. "Here, you're going to get 50 years of expertise."

Rowell's Twitter thread showed off several unique items that can be purchased at Chicago Costume, including custom-made Among Us masks, movie-quality horror masks from even the most obscure 80s films," a limited-edition Hans Solo in carbonite replica, and a makeup counter featuring a gallon of blood.

Carol Stream home goes all out with Halloween decorations