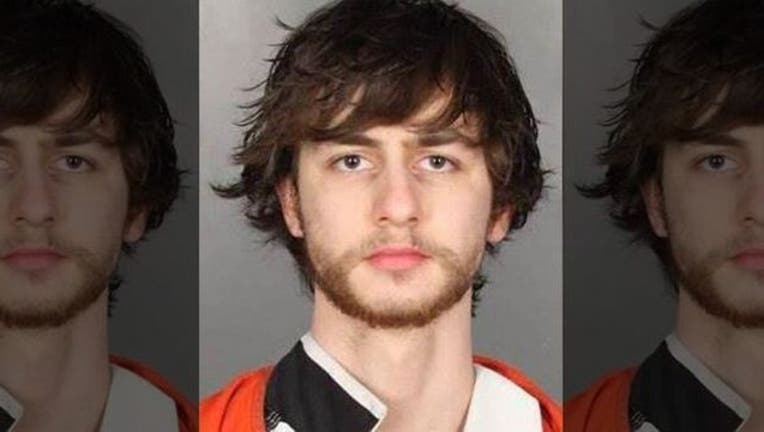 David Dauzat was sentenced to 52 years in prison for decapitating his wife. (McLennan County Jail)

FOX NEWS - A Texas man was sentenced to 52 years in prison on Friday after he admitted to decapitating his wife in front of her children.

David Dauzat, 24, pleaded guilty to the 2016 death of his wife, Natasha Dauzet, 21, who was found with dozens of stab wounds. Dauzat agreed to the plea deal after Natasha’s family requested it to prevent the children from reliving the horrifying incident if the case went to trial, KWTX reported.

“They didn’t want to put the children through a trial and have them relive those memories,” McLennan County Assistant District Attorney Michael Jarrett said.

Police went to the couple’s mobile home in Bellmead, a town just northwest of Waco, in August 2016 after a concerned relative requested a welfare check. Police officers spoke to David and Natasha Dauzet outside their trailer, who appeared “calm and expressed their curiosity why the police were there.”

But two hours later, the relative called police again, saying he received a call from David Dauzet who told him he “killed his girlfriend,” according to KWTX.

Police found Dauzet with blood on his clothing at the trailer. Dauzet had beheaded his wife while the two children, ages 1 and 2, were in the trailer. He then placed her head in the freezer.

The children were not injured in the incident.