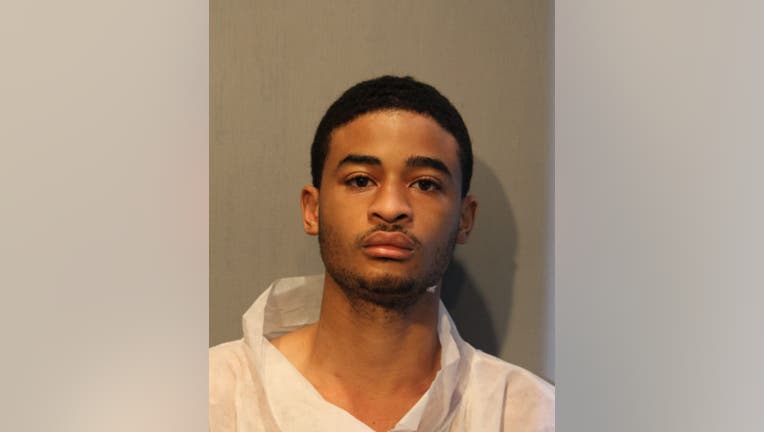 Shemar Barber, 19, is charged with one felony count of aggravated unlawful use of a weapon, Chicago police said. He was also issued a citation for possessing a high-capacity magazine and metal-piercing bullets.

The incident happened around 9:30 p.m. April 22 in the 6300 block of South Damen Avenue, police said. Two officers were in their vehicle when someone fired shots from a passing gray Chrysler, striking the officers’ vehicle and shattering the glass of a CTA bus shelter.

Police said the shooter was aiming for another vehicle in traffic, and neither officers were injured or returned fire.

Barber was arrested after responding officers spotted the Chrysler, and he and another person ran from the car, police said. The second suspect was still being sought.

The Chrysler was found blocks away in the 7300 block of South Winchester Avenue and officers recovered a gun, police said.

Barber was ordered held on $25,000 bail and is due back in court Friday.