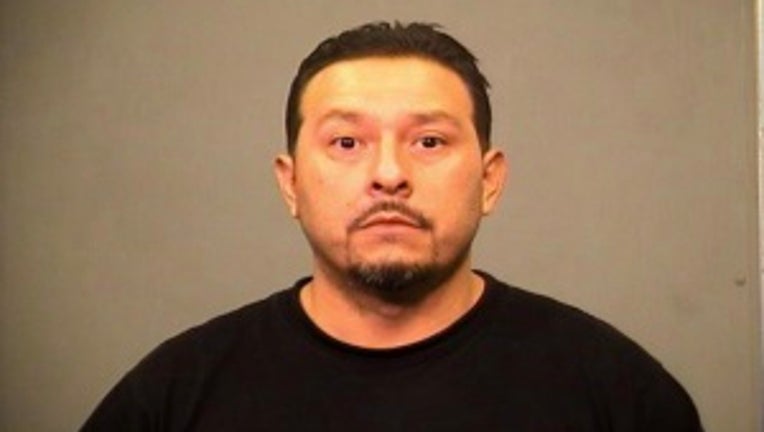 JOLIET, Ill. - A 41-year-old man has been charged in connection with a homicide Monday in suburban Joliet.

Jorge Rosas Jr. remains in custody at Will County Jail and is charged with three counts of first degree murder, aggravated discharge of a firearm and unlawful possession of a weapon by a felon, Joliet police said.

Just after midnight Monday, officers responded to the 100 block of Seeser Street, for calls of a person shot and found 25-year-old Ivan Perez-Garcia, of Romeoville, shot while in the driver seat of a vehicle, police said. He was taken to Saint Joseph Medical Center in Joliet where he died.

Detectives investigating the shooting identified Rosas Jr. as a suspect and he was taken into custody, police said.