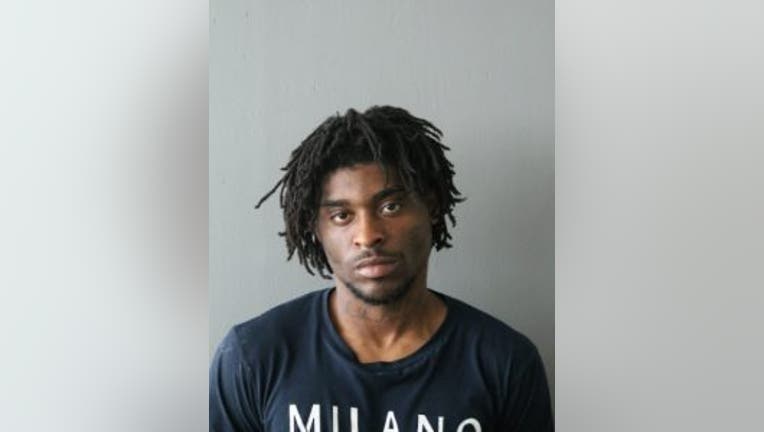 CHICAGO - A man is facing charges for his alleged role in a shooting that left five people wounded last month in Gresham on the South Side.

Devon Harding, 21, is charged with two felony counts of aggravated battery with a firearm in the July 14 shooting in the 7900 block of South Justine Street, Chicago police said.

A group of people were standing and talking near a food mart shortly after noon that day when a silver-colored car pulled out from an alley and three gunman opened fire, police said.

Five people were hit, four men and a woman. Three of the victims were listed in critical condition at the time as they were taken to hospitals. They ranged in age from 27 to 50.

It was the second mass shooting in Chicago that day.

Hours earlier, four women and a man were shot in West Garfield Park on the West Side. As in Gresham, they were gathered on a sidewalk in the 4600 block of West Monroe Street when someone approached with a gun and shot them shortly after midnight, police said.

In less than 24 hours on Wednesday, there was another mass shooting in Chicago.

Harding was arrested Tuesday in Gresham after allegedly being identified as one of the suspects who participated in the shooting on Justine, police said.

He was scheduled to appear in court Wednesday.