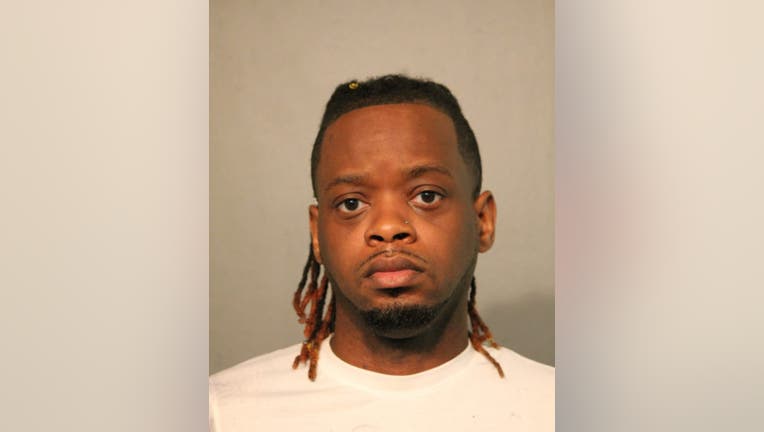 CHICAGO - An Oak Lawn man was charged in the shooting of another man outside a popular North Side bar earlier this month.

Anthony Lampkins, 33, was arrested Sunday and was charged with one felony count of aggravated battery a firearm, according to police.

Police identified Lampkins as the gunman who shot and wounded a 27-year-old man on June 13 outside Roscoe's Tavern in the 3300 block of North Halsted Street, officials said.

A 27-year-old man was shot in both legs while walking Monday morning outside a popular Lake View bar.

The 27-year-old suffered gunshot wounds to both legs and was taken to Illinois Masonic Medical Center in fair condition, police said.