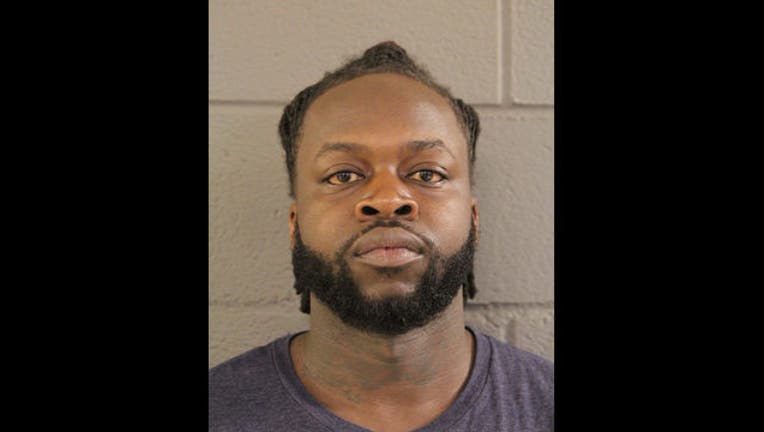 ARLINGTON HEIGHTS (Sun-Times Media Wire) - A West Side man has been charged with promoting prostitution in the northwest suburbs.

Gabriel Johnson, 31, is charged with one felony count each of promoting prostitution and being an armed habitual criminal, according to a statement from the Cook County sheriff’s office.

About 7 p.m. on Thursday, members of the sheriff’s Vice Unit conducting an undercover operation learned Johnson was profiting from “acts of prostitution” by a 24-year-old woman at an Arlington Heights-area hotel, the sheriff’s office said.

Johnson, who lives in Austin, showed up while investigators were in the hotel room and was ordered to get on the ground when officers saw a gun in his waistband, the sheriff’s office said. The officers arrested him and recovered a loaded 9 mm semi-automatic weapon.

At the time of his arrest, he was also wanted on an outstanding warrant for a charge of unlawful use of a weapon.

The woman was also taken into custody, but was not charged, according to the sheriff’s office. She was offered victim services.

Judge Marc William Martin set Johnson’s bail at $150,000 during a hearing Friday at the Rolling Meadows Courthouse, according to Cook County court records. He also ordered that Johnson be placed on electronic home monitoring if he posts bond.

His next court date was set for June 13, according to court records.