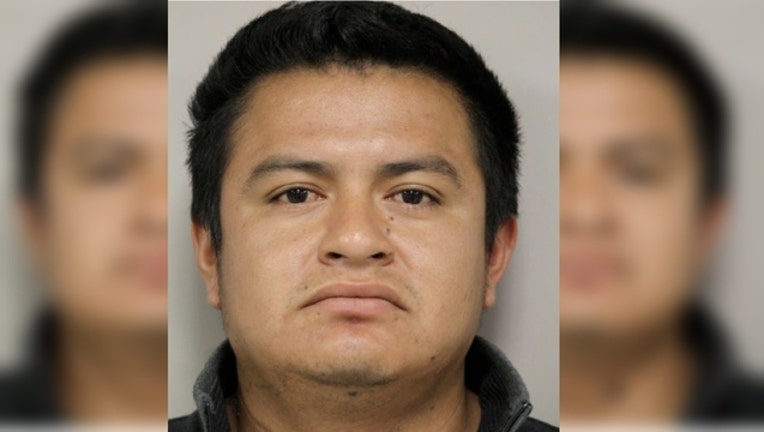 PALATINE, Ill. (SUN TIMES MEDIA WIRE) - A man has been charged with sexually assaulting a woman earlier this month at a park in northwest suburban Palatine.

Simon Alcantar-Cruz was charged Wednesday with felony counts of aggravated battery, criminal sexual abuse and unlawful restraint, according to a statement from Palatine police.

He is accused of assaulting the 19-year-old while she was running on an outdoor track about 9:20 p.m. July 13 at the Falcon Park Recreation Center, 2195 N. Hicks Road, police said. She was able to fight him off and he rode away on a bicycle.

Police released surveillance photos of the suspect and got calls from multiple witnesses identifying him as Alcantar-Cruz, who lives in unincorporated Palatine. Police said he made statements after his arrest implicating himself in the attack.

Alcantar-Cruz was ordered held on $750,000 bail during a hearing Thursday at the Rolling Meadows Courthouse, according to police. His next court date was set for Aug. 22.