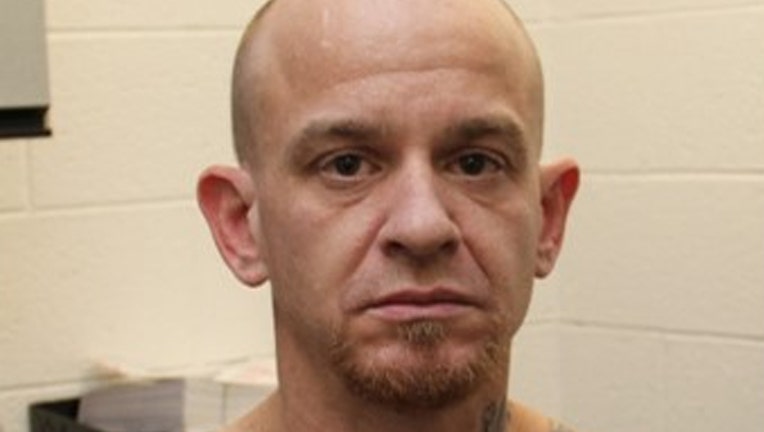 LOUISA COUNTY, Va. - A man who raped a child in a "dungeon of hell" found inside an RV has received five life sentences for his crimes.

The Louisa County Sheriff's Office said that on October 9, 2018, 35-year-old Raymond W. Harry Jr. was arrested for transporting a large amount of methamphetamine to sell. While in jail, Harry Jr. called his sister and asked her to go to his recreational vehicle (RV) and delete all the data on his phones and in his email accounts. His sister went to the vehicle and discovered videos images of Harry Jr. sexually abusing a child on the devices. She called their father and told him about the abuse and the father reported the crimes to the Spotsylvania Sheriff's Office.

They said though that before his father turned him in, Harry Jr. made bond and moved his RV to Louisa County. A search warrant was executed on the vehicle on December 1. A child was reportedly rescued from the vehicle and Harry Jr. was apprehended. He had a pistol and a cell phone in his pocket. Numerous cell phones, digital media storage devices, drugs, drug paraphernalia, guns, and a "dungeon of hell" were found inside the RV.

After reviewing all the evidence collection, the Louisa County Sheriff's Office said that the RV and places Harry Jr. stayed were "his dungeons of abuse." He set up cameras and then produced, directed, and carried out violent rape and sexual abuse of the child. Videos and photos documented his crimes and the tattoos observed identified him in said media. Props used, including sex toys, duct tape, bondage devices, and a cage, were also identified in the scenes. Harry Jr. was also documented in the videos providing methamphetamine to the child before raping them.

They said that Harry Jr. groom the child for about a year prior to his arrest. When he was released from prison, he had access to the child.

The Louisa County Sheriff's Office said that this case was originally scheduled for a two-day jury trial, but Harry Jr. chose to plead guilty at the last minute. He was then convicted of four counts of rape of a child, one count of forcible sodomy, and 50 counts of production of child pornography. The judge sentenced him to five mandatory life sentences and an additional 100 mandatory years in prison.

"This is one of the vilest and most disgusting cases I have seen in my 20 years of handling these cases," Louisa Commonwealth’s Attorney Rusty McGuire said. "The Defendant stole the child’s innocence and we are happy the Court appropriately sentenced the thief to five mandatory life sentences and an additional 100 years of mandatory time in prison.”

"I hope all involved will sleep better knowing they rescued a child and ensured that this Defendant will never be able to harm another child," Alex Goodman, who prosecuted the case with McGuire, said.