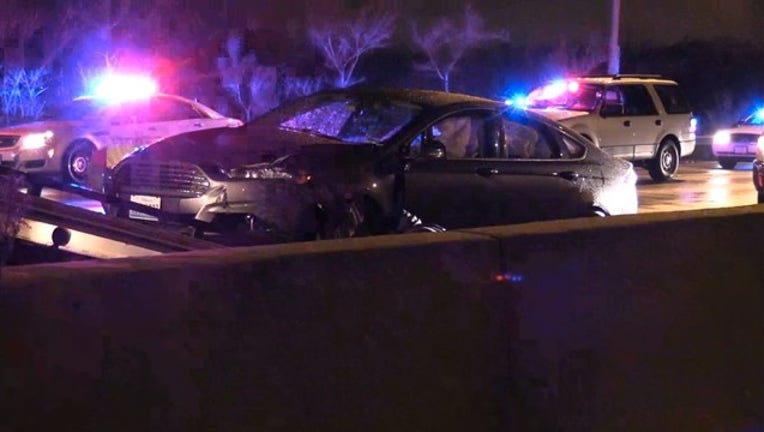 A man was found shot to death in a car on I-57 Wednesday night. | Network Video Productions

BLUE ISLAND (SUN TIMES MEDIA WIRE) - A Chicago man was shot to death while driving a car on I-57 Wednesday night near south suburban Blue Island.

Steven Hudson, 39, was driving southbound on I-57 near the Cal-Sag Channel about 10:25 p.m. when another vehicle pulled alongside and someone inside opened fire, according to Illinois State Police and the Cook County medical examiner’s office.

Hudson then lost control of the car, which hit a concrete barrier on the right side of the expressway, police said. The impact forced it back to the left, where it came to rest against the center concrete median barrier.

When officers arrived at the scene, they found Hudson shot once in the head. There were several other bullet holes in the vehicle, and a loaded handgun was found on the driver’s side floorboard of the car.

Hudson, of the 6500 block of South Talman, was pronounced dead at the scene at 10:48 p.m., according to the medical examiner’s office.

There was no one else in the car and no witnesses at the scene, police said. ISP is investigating.

All southbound lanes of I-57 were closed for investigation after the body was found, but reopened by 3:30 a.m., police said.