The man who was shot and killed in a Lake View alley Sunday night has been identified as a 47-year-old father of two daughters.

CHICAGO - The man who was shot and killed in a Lake View alley Sunday night has been identified as a 47-year-old father of two daughters and a restaurant worker.

Hermilo Beltran was shot several times right behind Happy Camper — a restaurant and bar located in the 3400 block of North Clark Street.

According to the GoFundMe page set up by his family, Beltran was about to start his shift at his second job at a restaurant located blocks away from Wrigley Field when he was shot.

Police say Beltran was shot in the chest and armpit. He was transported to a local hospital, where he was pronounced dead.

Beltran leaves behind his wife and two daughters — age 16 and nine.

"My uncle was a hard worker," Elvis Guiracocha said on a GoFundMe page. "He was a husband, father and provider for his family. Now begins the challenging times for those he leaves behind: my aunt and her two daughters, the oldest 16 years old and the youngest 9 years old."

Beltran was on his way to work at the Happy Camper pizza restaurant, which released a message of Facebook calling him one of the "unsung heroes of our neighborhood."

"Those who work day in and day out to keep our neighborhood up and running … are truly the backbone of our community, and for his time in our community, we are grateful," the restaurant said.

The homicide has left neighbors, patrons and employers shaken up.

On Tuesday, an annual pre-season business meeting was held at the 19th District Station.

Wrigleyille Ald. Tom Tunney (44th), whose ward includes the murder scene, said he is working with business owners to ensure they have the tools they need to maintain safety both in the workplace, and while employees are going to and from their shifts. 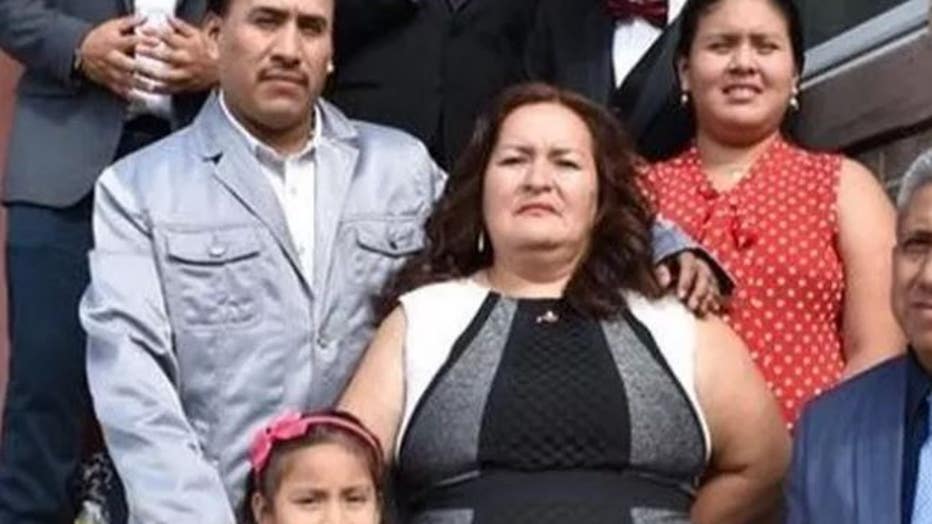 It dipped slightly during the COVID-19 pandemic, but Tunney says CPD plans to reinforce those patrols in the streets and alleys very soon.

No suspects are currently in custody.

If you would like to donate to Beltran's family, you can find the GoFundMe here.