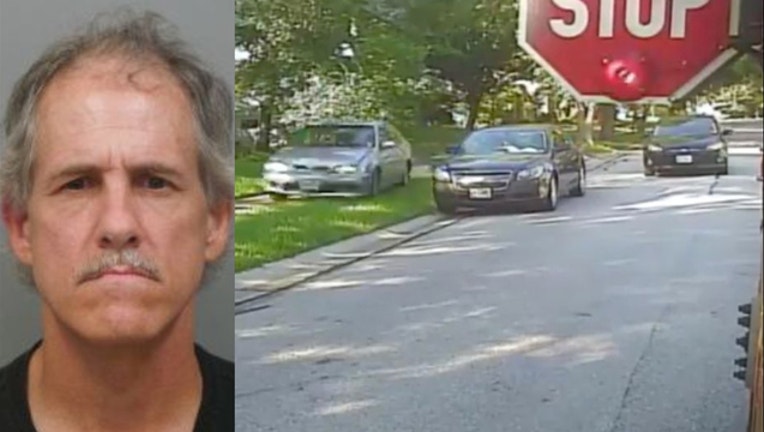 FOX NEWS - A Missouri man has been arrested after viral video showed him driving onto a sidewalk to pass a school bus that had stopped to pick up children.

The video was shot from inside the bus near an elementary school in Ballwin, Mo., on Wednesday, according to reports.

Ballwin police said Matthew McCloskey, 52, of St. Louis, drove onto the sidewalk to avoid having to stop for the bus.

He was charged with leaving the scene of an accident, driving with a suspended license and violation of a school bus stop, police said.