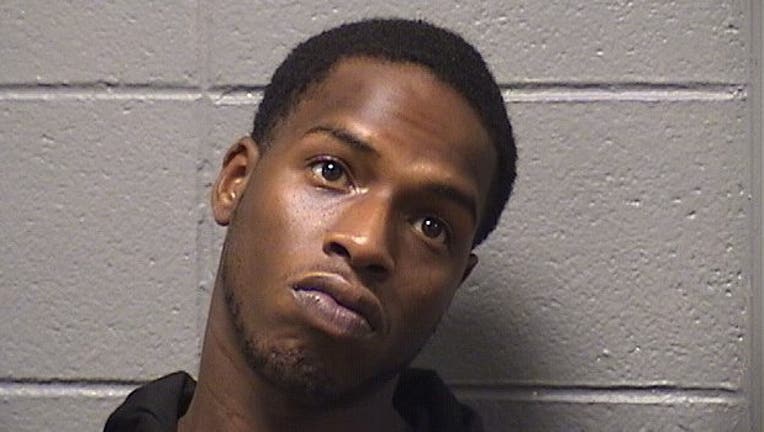 CHICAGO - A man has been charged with pointing a gun at Chicago police while fleeing a shooting that left one man dead and four other people injured Saturday in Austin on the West Side.

The victims were at a backyard party at 12:37 a.m. in the 100 block of North Laporte Avenue when someone started shooting into the yard, according to Chicago police.

A 23-year-old man was shot multiple times and taken to West Suburban Medical Center in Oak Park, where he died, police said. The Cook County medical examiner’s office identified him as Nautica Thompson of Austin.

An autopsy found Thompson died of multiple gunshot wounds and ruled his death a homicide.

An 18-year-old woman was shot three times in the buttocks while another woman, 28, was hit in the left leg, police said. Both were taken to Stroger Hospital in good condition.

Officers in the area heard the gunshots and detained two males who were fleeing the scene, police said. A weapon was recovered.

One man, 25-year-old Latraye Williams, was charged with two felony counts of aggravated assault to a peace officer for allegedly pointing a gun at officers as he ran, police said.

Williams, who lives in Austin is being held without bail at the Cook County Jail, according to police and Cook County sheriff’s office records. His next court date was set for Aug. 10.

Charges were pending against the other man Sunday afternoon, police said.