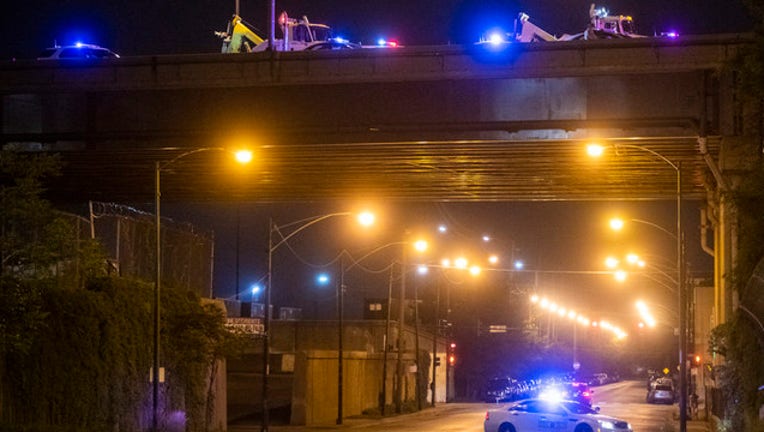 Illinois State police investigate a section of the expressway Saturday morning, near Canal Street and 26th Street where a person was shot. | Tyler LaRiviere/Sun-Time

CHICAGO (Sun-Times Media Wire) - A man was shot to death early Saturday on the Dan Ryan Expressway on the South Side, according to the Chicago Fire Department.

Authorities were called about 12:15 a.m. to the inbound lanes of the inbound Dan Ryan at 25th Street and found 23-year-old Shaquille Dirkans in a vehicle on the shoulder of the road, the fire department and the Cook County Medical Examiner’s Office said.

Dirkans was pronounced dead at the scene, and an autopsy Saturday found he died of a gunshot wound to the neck, the medical examiner’s office said. He lived in Markham.

State police located two other occupants of the vehicle away from the scene on the expressway. One person was found injured at Connie’s Pizza at 2373 S. Archer Avenue. They were taken to Stroger Hospital with injuries that were not life-threatening and not related to the shooting, according to Illinois State Police.

Another occupant of the vehicle was found uninjured near the expressway and 31st Street, state police said. The person’s involvement in the shooting was not known.