According to the Redwood County Sheriff’s Office, they received a 911 call about a tree that had fallen on a person just before 4 p.m. Monday.

REDWOOD FALLS, Minn. (FOX 9) - A 59-year-old man was pinned under a fallen tree for more than 100 hours this week near Redwood Falls, Minn.

According to the Redwood County Sheriff’s Office, they received a 911 call about a tree that had fallen on a person just before 4 p.m. Monday.

“I’ve been doing this job for nearly 30 years and come across a situation when you approach it, you’re expecting the worst and when I got there I was just amazed at what I saw,” said Chief Deputy Mark Farasyn of the Redwood County Sheriff’s Office.

There, they found 59-year-old Jonathan Ceplecha pinned under the tree. They discovered Ceplecha was cutting down trees when one fell on him Thursday, Aug. 27. He was trapped for more than four days.

“I asked him how long have you been there, he said, ‘Oh about 100 hours,’” said Farasyn. “He knew his name and was very alert and conscious and it was just amazing how alert he was.”

Ceplecha, a teacher, lives alone, but his ex-wife found him. She had called his daughter who said she had heard he was “working on some trees.” She went to find out what was going on after he missed a Friday and a Monday of work from a nearby school district.

A 59-year-old man was pinned under a fallen tree for more than 100 hours this week near Redwood Falls, Minn.

“Very lucky the people that were concerned about him checked up on him,” said Redwood Falls Fire Chief Jeff Bommersbach.

It took the Redwood Falls Fire Department several hours to remove the tree and incredibly, they even had some help from Ceplecha.

“Jonathan was actually having a conversation with members of the department on where to make the relief cuts and where we should cut,” said Bommersbach. 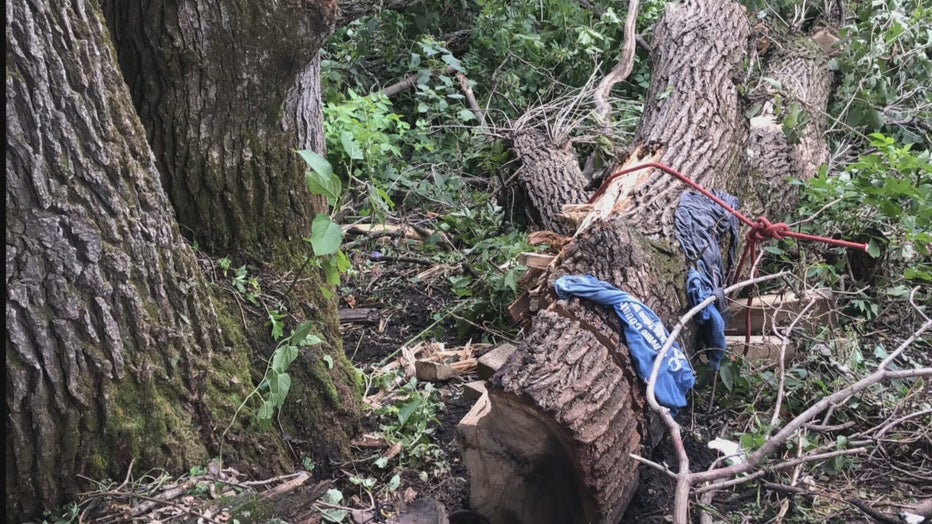 He was airlifted from the scene after Redwood Falls firefighters freed him. First responders believe Ceplecha’s military background and some rain that came through on Sunday helped keep him alive.

“I just hope I don’t get another call like this because I don’t think most of them will have the outcome we have here,” said Bommersbach.

“I’m just amazed about how he did it he had a will to live and he wasn’t ready to go,” said Farasyn.

Ceplecha’s family told the sheriff’s office that he got out of surgery late Thursday afternoon, is doing well and is in good spirits. For GoFundMe information, click here. Any money leftover after the medical bills will go toward a homeless veterans organizations, according to Ceplecha.