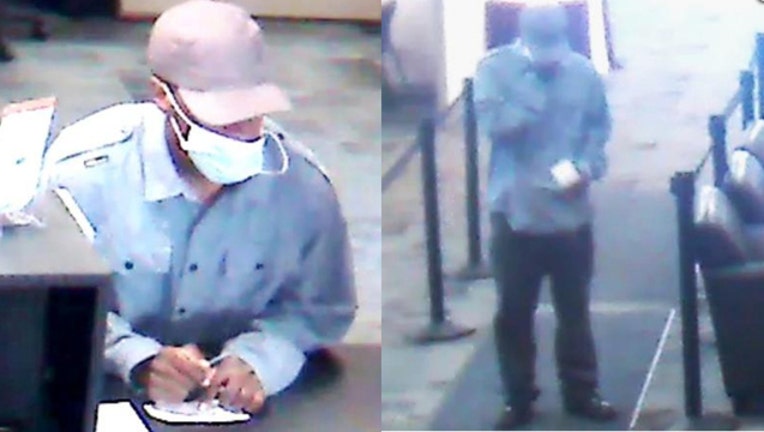 Surveillance footage of a man suspected of trying to rob a bank Monday afternoon in the Garfield Ridge neighborhood. | FBI

CHICAGO (SUN TIMES MEDIA WIRE) - A man in a surgical mask attempted to rob a bank Monday afternoon in the Garfield Ridge neighborhood on the Southwest Side.

About 4:20 p.m., a man walked into the TCF Bank branch at 6141 S. Archer and handed the teller a note announcing a bank robbery, according to Chicago Police and the FBI.

The teller activated an alarm, and the man ran away before taking any money, authorities said.

The suspect was described as a black man, 25-30, standing 5-foot-7 to 5-foot-8 and weighing 130 pounds with a thin build, the FBI said. He was wearing a denim long-sleeved shirt, blue jeans, gray baseball cap and surgical mask.