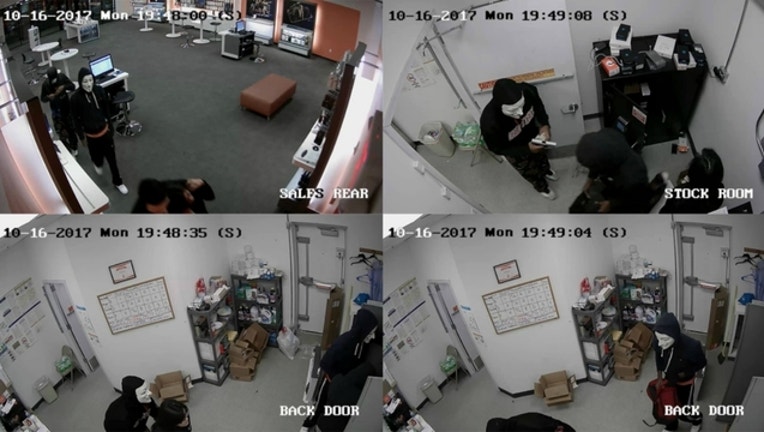 About 7:45 p.m., the suspects entered the AT&T Store at 159 N. Route 59 and, while one displayed a two-tone, black semi-automatic pistol, stole several cellphones, according to West Chicago police. They left the store and got into a vehicle, which drove away north on Route 59.

The robbers were described as males, wearing masks and dark-colored hooded sweatshirts, one of which was an Ohio State sweatshirt, police said. Two of the suspects were wearing Chicago Bears pajama pants, while the other wore black sweatpants with white stripes down the sides. One of the robbers was carrying a red backpack.