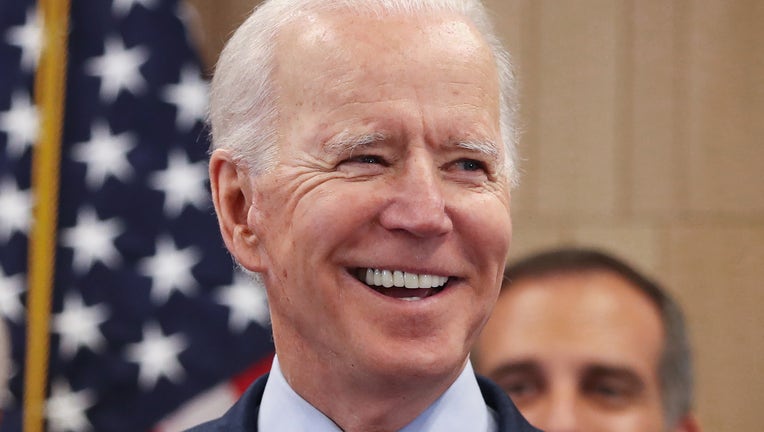 CHICAGO - Illinois Sen. Dick Durbin and Chicago Mayor Lori Lightfoot said Friday they are backing Joe Biden for the Democratic presidential nomination, adding to the list of top politicians supporting the former vice president ahead of the state’s March 17 primary.

Durbin and Lightfoot announced their endorsement alongside several members of Congress who have already endorsed the former vice president and Biden’s wife, Jill Biden, who was in the Chicago are for a campaign fundraiser. Illinois’ other U.S. senator, Democrat Tammy Duckworth, and Secretary of State Jesse White already have backed Biden.

Biden has been racking up endorsements since his commanding win in South Carolina last weekend and a strong Super Tuesday showing. He’s now in a fight for the nomination with Vermont Sen. Bernie Sanders, who will hold a rally Saturday in Chicago’s Grant Park. Sanders has been endorsed by Rep. Jesus “Chuy” Garcia.

Lightfoot, who like her predecessor Rahm Emanuel has tussled with President Donald Trump, said Biden “will make Chicago a partner and not an adversary.”

Illinois Gov. J.B. Pritzker, a billionaire who was one of the top fundraisers for Hillary Clinton in 2016, has not yet endorsed in the primary.