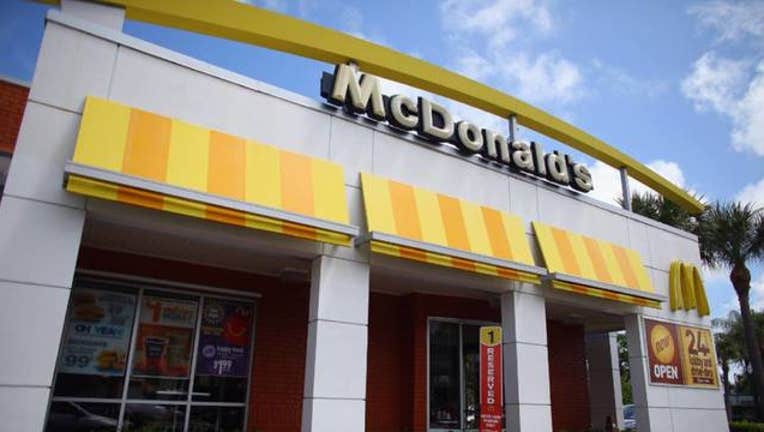 The exterior of a McDonald's (Photo by Joe Raedle/Getty Images)

FOX NEWS - A toddler was burned after an airport McDonald’s reportedly served her scalding hot water.

Emily Dolbeer was taking her four-year-old daughter on a vacation to Disneyland when the incident occurred. When they got to Portland International Airport, they decided to stop by a McDonald’s to grab some breakfast.

Dolbeer posted about the incident on Facebook, where she wrote that she asked one of the McDonald’s employees if they could fill up her daughter’s water bottle. According to Dolbeer, “I ask the worker if they can fill up my daughter’s water bottle. She asks, 'Do you want ice' to which I replied, 'that would be great.' Lainey’s water bottle has Disney princesses on it and is a double insulated water bottle that keeps the cold liquids cold and you cannot feel the temperature of the liquids on the inside by holding it.”

When her daughter went to drink the water, however, she reportedly started screaming in pain. This is when Dolbeer discovered that the bottle was apparently filled with scalding hot water. Dolbeer's post continued, “absolutely beside myself I console Lainey and march back to McDonald's to understand why in the f---ing hell they would put scalding water in a child’s water bottle, especially when I said that I wanted ice. The employees were clueless on how to handle the situation. The 'manager' wrote her name down on blank receipt paper and I laughed and said, 'no, I want an incident report filled out, NOW.'”

It only took minutes for blisters and sores to develop on the toddler’s mouth, tongue and chest, 9 News in Oregon reports. She reportedly had to receive pain management, and her mother is monitoring the situation.

In a statement obtained by Fox News, the franchise's owner and operator Mike Kennedy said "The safety of our guests and crew are our top priority. We are taking this claim very seriously and investigating this matter."