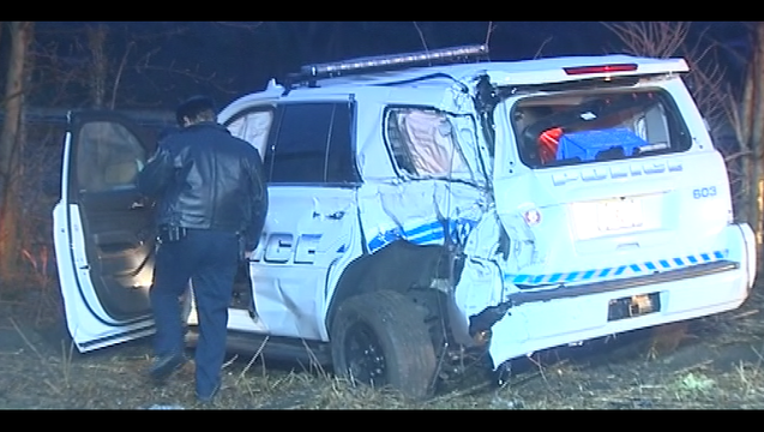 A Metra train struck a police SUV on Wednesday as it crossed the tracks in Prospect Heights. | NVP News

SUN-TIMES MEDIA WIRE - A Prospect Heights police officer was injured Wednesday afternoon when a Metra North Central Service train hit his SUV at a crossing in the northwest suburb.

The officer, a 26-year-veteran of the department, suffered minor injuries when Metra train 116 struck his police SUV about 3:45 as it drove through a crossing on Camp McDonald Road near the Metra station, according to Prospect Heights police and the Mount Prospect Fire Department.

The officer was responding to a call when he crossed the tracks, Deputy Chief John Dolan of the fire department said. He was taken to Lutheran General Hospital in Park Ridge.

Trains were delayed through the evening as crews cleared the scene.