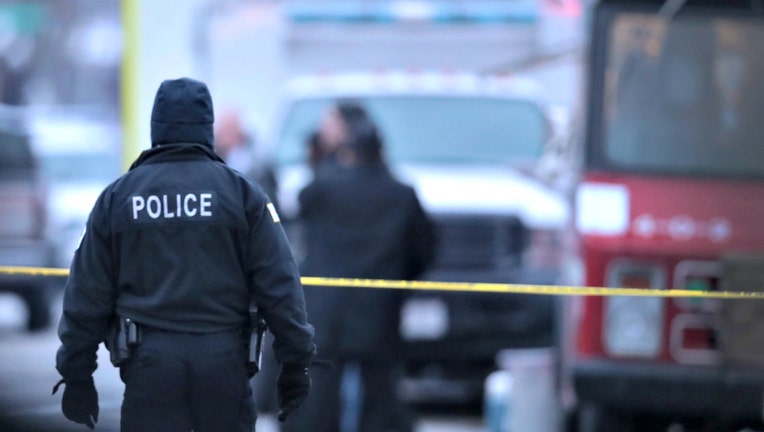 CHICAGO - Overall crime in Chicago decreased in February 2020 compared to the same month last year despite an eruption of gun violence, according to statistics released by Chicago police.

Murders and shootings reported last month in Chicago were up from February 2019, police said in a statement Sunday. The 34 homicides reported in February were a 41% increase from the 24 reported the same month last year, while the 137 shooting incidents were a 25% increase compared to 109 in 2019.

The Sun-Times has also counted 68 homicides this year within city limits.

Last month’s gun violence included two mass shootings. The first was on Valentine’s Day when someone shot six people at an apartment in Parkway Gardens. On Feb. 25, one person was killed and four others were wounded when three males opened fire into an Avalon Park convenience store.

February also saw a weekend in which 11 kids were wounded by gunfire — at least three of them in accidental shootings.

The weekend before that was the deadliest February weekend in almost 20 years with nine people killed in citywide shootings.

Meanwhile, more than 1,500 illegal guns were seized by officers so far in 2020, an increase of about 100 from the same period last year, police said. Of those seizures, 81 were assault weapons.

Overall violent crime — including murders, robberies, burglaries, thefts and motor vehicle thefts —were down by 3%, police said. Thefts saw a 13% decrease and burglaries dropped by 9% compared to the same period last year.

Lightfoot and interim Police Supt. Charlie Beck announced plans to add more police officers to the transit system after a multiple instances of violence were reported at CTA stations — including a fatal shooting Feb. 17 in the connecting tunnel at the Jackson station downtown.

Hours after that plan was unveiled, a man was shot by a Chicago police officer in an incident caught on video at the Grand Red Line station. The FBI is assisting the Cook County state’s attorney’s office’s investigation into the shooting with “possible criminal charges” looming.

Earlier in the month, a man who shot someone outside a Lake View bar was fatally shot by responding officers in an exchange of gunfire.