A suburban mayor is pointing the finger at Cook County in the case of an armed carjacking that occurred in Will County.

WILL COUNTY - A suburban mayor is pointing the finger at Cook County in the case of an armed carjacking that occurred in Will County.

You could say this carjacking story started on I-80 in Will County, where after a chase, six men fled a stolen vehicle on foot and ran into a New Lenox neighborhood on March 10.

There, they brandished guns and carjacked a woman with two little kids, and tried to carjack a second mother of two.

The mayor of New Lenox believes the danger those families faced came straight from Cook County.

"Their lives were in jeopardy because the criminal Justice system in Cook County fails all of us on a regular basis," said New Lenox Mayor Tim Baldermann.

Baldermann let loose Wednesday, as New Lenox police announced arrest warrants for three of six carjacking suspects — all of them from Cook County and all of them with long, violent criminal records.

"The judicial system and the leadership out of the State’s Attorney’s office fails all of us regularly and quite often, especially out here in Will County. We are left to pick up that mess," said Baldermann.

Police in New Lenox have issued arrest warrants for suspects in an armed carjacking, and the mayor there blames Cook County for these men being on the streets.

This is not the first violent crime in New Lenox linked to Cook County.

"Over the last five years, almost exclusively every violent crime has been committed by someone with an extensive history in the Cook County criminal justice system," said Baldermann.

In response, the Cook County State's Attorney's Office responded with this statement:

"Public safety is the top priority of this office, and we will continue to hold those accountable for driving the violence in our communities when police make an arrest and charges are approved. The CCSAO remains committed to working with our law enforcement partners to address violence and crime and will continue to prosecute criminal cases based on the law and the evidence as we strive to increase safety in our communities. In 2021, the CCSAO approved nearly 90% and had a 75% conviction rate of adult felony cases in Chicago and Cook County." 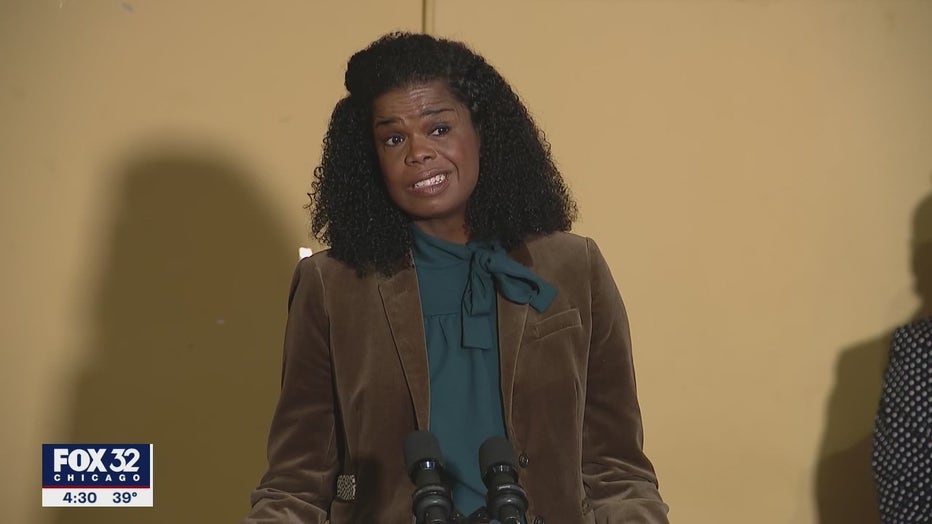 Baldermann, however, doesn't put all the blame on the state's attorney.

"I know that Kim Fox takes a lot of heat. The reality is, I think that's deservedly so. But the truth is, she didn't create that animal. A lot of this has happened long before her time," he said.

Baldermann believes we need to address root causes of crime, as well as jail overcrowding leading to early release and leniency in sentencing.

As for the suspects in the carjacking, police say they're also connected to multiple car dealership burglaries. They expect more charges and hope for convictions that stick in Will County courts.