There are three factors that could lead to inflation which include demand-pull inflation, cost-push inflation and built-in inflation.

The one-two punch of inflation and rising crime has caused at least one New York City store to lock up its inventory of Spam in a plastic case.

"I’ve never seen that before!" one cashier laughed while removing the Spam from its plastic anti-theft covering.

"Some of these things are pretty ridiculous," said Jenny Kenny, a 43-year-old visiting town from Kentucky who says she was aware of the crime spike in the city but still couldn’t believe there were "so many" items in boxes.

NYPD OFFICER OF 40 YEARS: I'VE NEVER SEEN NYC CRIME AS BAD AS IT IS RIGHT NOW

Other shoppers wondered why Spam, along with $1.89 cans of Starkist tuna, were locked up while more expensive products like $5.49 cans of Amy’s soup were not.

"To put Spam in a cage is stupid — and kind of insulting to the customers that would buy it," 46-year-old shopper Dennis Snow said. 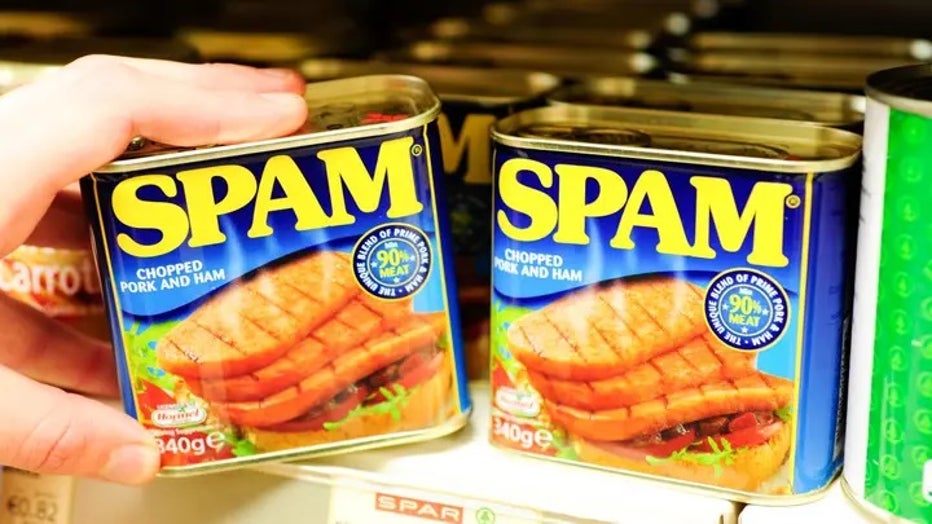 Closeup of cans of Spam (Photo by: Newscast/Universal Images Group via Getty Images)

Crime in New York City is up this year in six of seven major categories and the New York Post reported that petty larceny complaints are up 52% in the precinct where the Port Authority is located compared to last year.

"I don’t think they stop anything," a store clerk named Iggy said about the anti-theft cases. "It’s security theater. If you really needed it, you would stomp on it."

Just a few days ago, Iggy’s suspicion appeared to be well founded when a man in a black tank top bolted out of the store with a $38 electric razor after asking an employee to remove it from the plastic case.

In addition to the rise in crime, inflation spiked to 9.1% in June which the New York Post explained has created a market for thieves to sell stolen discounted goods to cash strapped consumers.

RELATED: Are we in a recession? The definition of recession explained

Spam can still be found in many locations in New York City without the plastic covering including at Duane Reade locations near Times Square.

"Here, we lock up ice cream," an employee at a West 44th Street Duane Reade said.