As an intern at NASA, Wolf Cukier discovered planet TOI 1338 b, some 1,300 light-years away, through the TESS telescope.

SCARSDALE, N.Y. - Wolf Cukier, of Scarsdale, New York, reached for the stars and discovered a planet. And the 17-year-old hasn't even finished high school yet.

"I was searching through data that we knew were from binary stars, searching for planets," he said about his internship at NASA's Goddard Space Flight Center in Maryland last summer. Wolf was only three days into his six-week internship when those stars, or in this case, planet aligned.

"I stumbled upon it—it had a feature that I thought was suspiciously close to the primary eclipse," he said.

Wolf made history by discovering planet TOI 1338 b, some 1,300 light-years away, through the TESS telescope, which sits on top of a satellite orbiting Earth. And soon Wolf along with his self-discovered planet will be the subject of a research paper put out by NASA naming the high school senior the official founder. 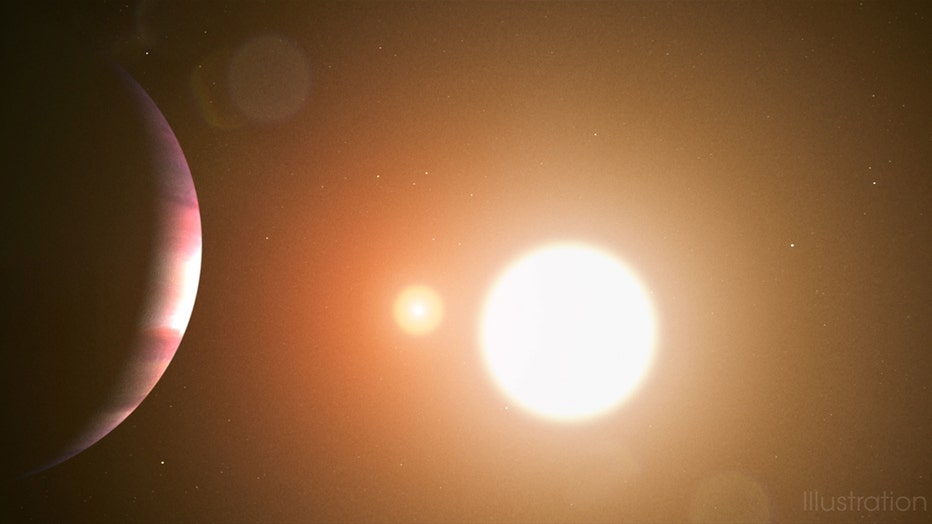 "About three days into my internship, I saw a signal from a system called TOI 1338. At first I thought it was a stellar eclipse, but the timing was wrong. It turned out to be a planet."

In the few spare moments that Wolf has in between AP courses, he is combs websites like Planet Hunters searching stars light-years away and hopes to find another planet.

"There's 4,000 planets that we know of but we think that there could be planets in most systems out there," Wolf said. "We just have to find them."

A junior space enthusiast who promises to never orbit into the Solar System, well, mostly because we need his brain here on Earth.