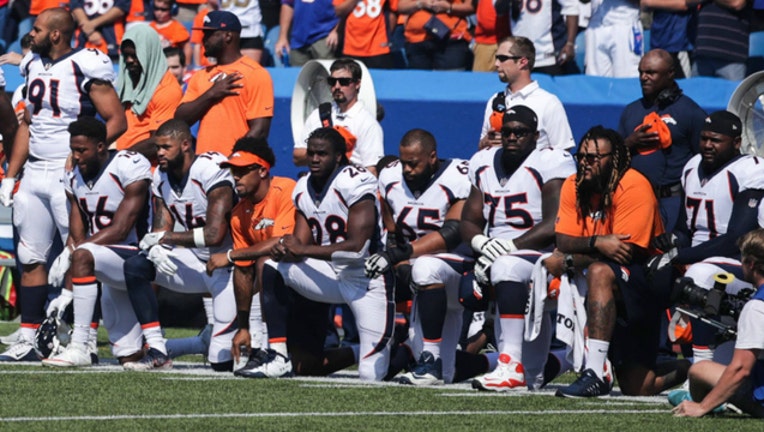 Denver Broncos players kneel during the American National Anthem before an NFL game against the Buffalo Bills on September 24, 2017 at New Era Field in Orchard Park, New York. (Photo by Brett Carlsen/Getty Images)

FOX NEWS - The co-owner of a Wisconsin restaurant has stepped down after commenting on social media that NFL players who kneel during the national anthem should be killed.

Reefpoint Brew House in Racine faced a wave of backlash after John Valko posted the controversial statement to Facebook on Tuesday.

"Kill the idiot players. Execute them. They are nothing but garbage. The league is screwed up if they think it is their right. It is their duty to respect our country and our flag. They should go kneel in front of a freight train. Shame on these stupid misfits of society. They need to die," Valko wrote.

The post has since been deleted, but screenshots of the comment have been shared on social media.

The other owners of the restaurant — Meagan Bennet, and Tom and Patti Landreman — have distanced themselves from Valko, saying they do not agree with his comments.

“We co-owners of Reefpoint Brew House do NOT support John Valko's statements and comments made by him on his personal page or pages of others. He is not the voice of Reefpoint Brew House or us. We are working hard internally to move forward and protect ourselves, our business, and most importantly the 80+ staff members and their families [sic] livelihood,” the owners wrote on Facebook.