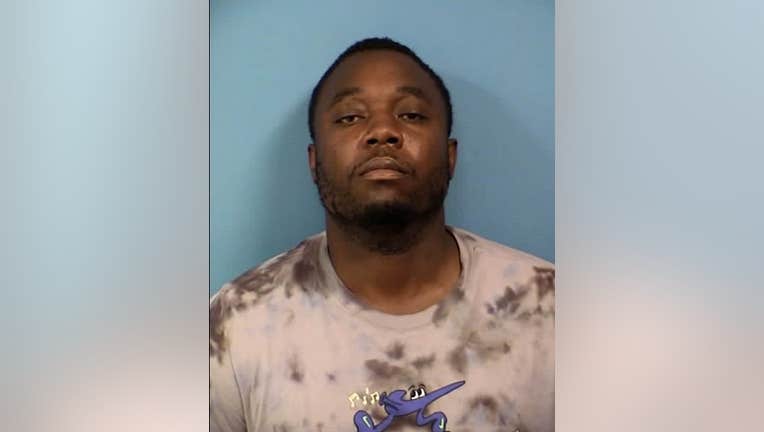 WHEATON, Ill. - A parolee charged with two armed robberies at a gas station and a convenience store was ordered held without bond Wednesday in DuPage County court.

Robert Howard, 27, of the 1100 block of North Oakley Court in Westmont, was charged with two felony counts of armed robbery with a firearm and two counts of unlawful use or possession of a weapon by a felon.

About 2:42 p.m. on June 15, Downers Grove officers responded to an armed robbery call at a Speedway gas station located at 5004 Fairview Avenue in Downers Grove. Upon arrival, the officers were unable to locate anyone matching the description of the alleged offender provided by the store clerk.

Prior to the officer's arrival, Howard allegedly entered the store, went to a cooler and took an item before walking to the register. Howard then allegedly raised his shirt and revealed he had a gun in his waistband, threatening the store clerk to open the two registers. The clerk was able to give the suspect cash from one register, but was unable to open the second.

Authorities identified Howard as a suspect and executed a search warrant at his home Monday. The same day, when Howard arrived at the home for a meeting with his parole officer and saw authorities, he allegedly attempted to run away before being taken into custody.

According to police, when Howard was arrested, his gun allegedly matched the description of the gun used in the robbery at the Speedway gas station.

"On parole for less than seven months, Mr. Howard has no business being in possession of a loaded weapon, let alone using it to commit two armed robberies, as alleged in this case," DuPage County State’s Attorney Robert Berlin said. "The criminal behavior allegedly displayed by Mr. Howard demonstrates his complete disregard for the rule of law and will be met with the fullest force of the law."

Howard allegedly robbed another convenience store in Oakbrook Terrace the same day he was arrested. About 3:38 p.m., Howard allegedly entered the 7-11 convenience store, located on 14th Street, where he requested a job application and filled it out while waiting for the store to clear. Howard then allegedly approached the store clerk, flashed his handgun and took approximately $400 from the register before fleeing.

Howard’s next court date is set for July 19.

President Joe Biden promises to help decrease deadly gun violence in Chicago and other cities across the US with a new strike force that will stem the flow of illegal firearms.