Proud parents Dane and Lindsay Demchack had an expectedly pleasant surprise when their second baby was born on Feb. 29, after their first child was also born on a leap day four years ago.

BROOKLYN - Dane and Lindsay Demchack were met with one of the most unlikely outcomes when their second baby was born on Feb. 29, after their first child was also born on a leap day.

“We are elated and so excited. It’s all been a blur and hasn’t fully set in yet though,” said the father, Dane, who was in absolute disbelief that their younger daughter Scout would be born exactly 4 years after her older brother Omri.

Scout was due on March 4, but Lindsay had Scout four days ahead of schedule at a hospital in Brooklyn, according to Dane. 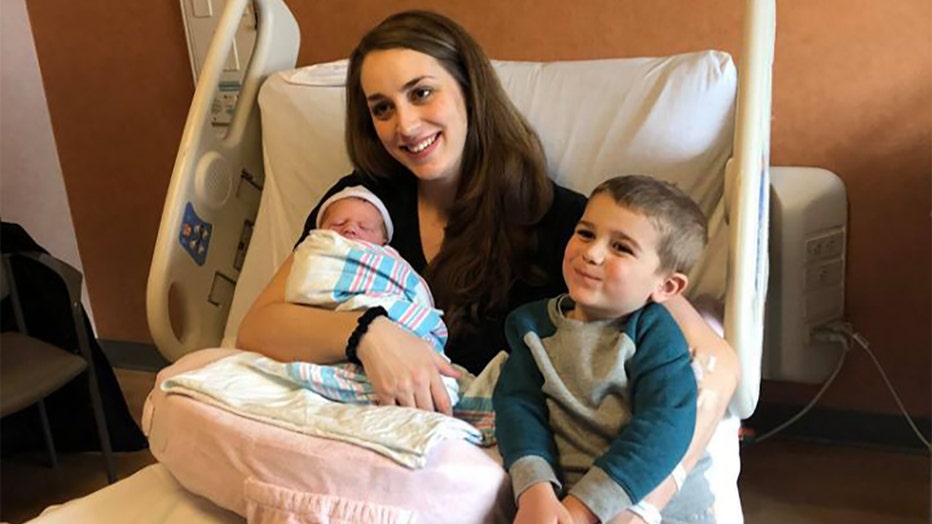 “We went out to celebrate my wife and her mom’s birthday, which is actually Feb. 26 and 28, and that night my wife started having contractions,” the husband said. “First thought was my son’s birthday party that next day, and then immediately after the thought was (there’s) no way could we have another baby born on a leap year.”

Dane said his wife joked, saying, “It was the big Italian dinner the night before that did it.”

Big brother Omri’s due date was actually on leap day, the father said.

The proud mom and dad underscored “just how hard it is to comprehend.”

“We still can’t grasp it all. We have been overjoyed and elated with the birth alone and haven’t really been able to grasp the craziness of them both actually being born on leap day. We love it though,” Dane said. “We are very thankful and blessed to have her here!”

The family plans to make sure each birthday is special each year, “so we will celebrate Omri’s Feb. 28 and Scout’s March 1, and then every four years have a big celebration for them both,” Dane said.

The “leaplings” will be forced to share their birthdays now, “but I think it will be something fun and special for them to share together,” the father said.

“We want that to become a tradition and something they carry on all throughout their lives as they grow older and hope it’s a special bond that keeps them united and connected as well,” Dane said.

“We are happy to bring a bit of joy even if it’s for five minutes to someone’s lives through the story," he said.

The family owns and operates City League Coffee, a coffee roasting company that they run together.